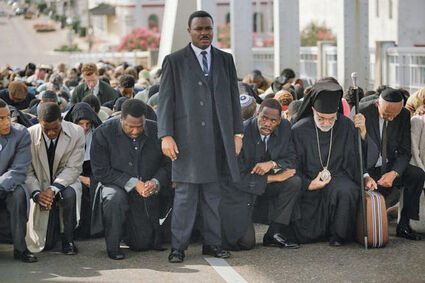 Composer Jessica Montgomery is among those being featured as part CSOtv's Black History Month video playlist to showcases musicians of the Chicago Symphony Orchestra and the Civic Orchestra of Chicago. For movie fans, the film "Selma" is a powerful retelling of a key event during the Civil Rights Movement of the 1950s and 1960s that will stir both adult and youth viewers. (photos courtesy of the Chicago Symphony Orchestra and Paramount Pictures)

February is Black History Month, and there are plenty of ways to observe the occasion from the comfort of one's home.

Hinsdale Public Library staff members have recommended the following book titles as ones that will provide insight into the Black experience.

• "The Warmth of Other Suns: The Epic Story of America's Great Migration" by Isabel Wilkerson

In this epic, beautifully written masterwork, Pulitzer Prize–winning author Isabel Wilkerson chronicles one of the great untold stories of American history: the decades-long migration of black citizens who fled the South for northern and western cities, in search of a better life.

• "White Fragility: Why It's So Hard for White People to Talk about Racism" by Robin DiAngelo

The New York Times best-selling book explores the counterproductive reactions white people have when their assumptions about race are challenged and how these reactions maintain racial inequality.

• "The Kindest Lie" by Nancy Johnson

Set in the Midwest against the backdrop of the Obama election of 2008 and the lingering effects of the recession, this work of fiction is an engrossing story about race, family and coming to grips with your past.

The library also invites people to watch the Oscar-nominated documentary "I Am Not Your Negro: James Baldwin and Race in America" and then exchange thoughts during a virtual Zoom discussion from 3 to 4 p.m. Tuesday, Feb. 16. The film is available through the Kanopy platform with a library card. Participants should include an email address when registering to receive an online meeting invitation. Call (630) 986-1976 or visit https://www.hinsdalelibrary.info.

Films to talk about

Recent movies have shined a light on noteworthy people and events both influential and inspiring in the fight against racial discrimination. Hinsdale Central High School directs community members to USA Today's "15 Great Movies for Families to Watch" to help shine light on the black experience. Here are a few from the list.

A group of African-American women serve as human computers and make crucial contributions to NASA during the 1950s and '60s that helped launched the unmanned space flight program.

This documentary examines race and body image in the elite ballet world with the rise of African-American ballerina Misty Copeland, the first principal dancer at New York's American Ballet Theater.

This inspiring biopic cover the two years in which Jackie Robinson broke Major League Baseball's color barrier. The movie features uses of racial slurs and racial themes, so it is recommended for older children.

Richard and Mildred Loving's interracial marriage got them arrested, roughed up, insulted and booted from their home. But it also led to a historic 1967 Supreme Court decision The movie features many uses of racial slurs and racial themes, so it is recommended for older children.

Take a walk for freedom

For those who want to get out, the Cook County Forest Preserve District is facilitating self-guided Underground Railroad walks from 9 a.m. to 3 p.m. Saturday, Feb. 27, at the Sand Ridge Nature Center, 15891 Paxton Ave., South Holland. Participants will take a journey that follows the Underground Railroad route connected to the Calumet Region during the mid-1800s. Masks and physical distancing are required. The walks are free, and registration is not required. Call (708) 868-0606 or visit https://www.fpdcc.com for more information.

The Chicago Symphony Orchestra is turning the volume up on artistry and creative contributions of Black musicians from around the world with special offerings at https://experience.cso.org. 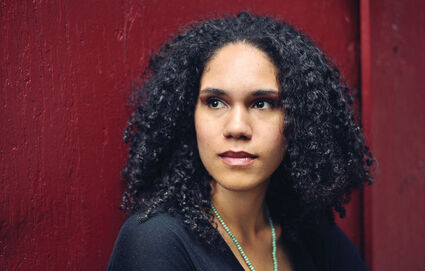 The video playlist also showcases 2020 performances by members of the Civic Orchestra of Chicago, including Florence Price's Juba Dance from Symphony No. 1 and works by Jessie Montgomery and Tyshawn Sorey.

Featured audio clips include the CSO's 2019 Chicago premiere performance of James Lee III's "Sukkot Through Orion's Nebula," a 2018 performance of Walker's Lyric for Strings led by Riccardo Muti, and the orchestra's first performance of William Grant Still's "In Memoriam: The Colored Soldiers Who Died for Democracy."

Throughout February, new articles on Experience CSO will continue to offer opportunities to learn more about Black composers and their music.