Downtown changes in works for diners 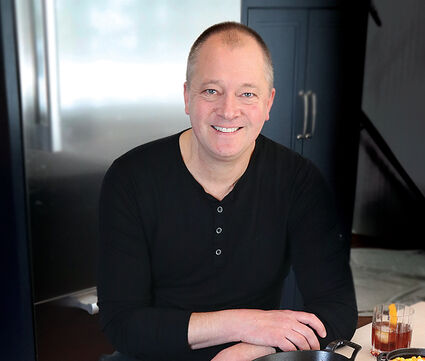 Paul Virant has been getting his new menu ready for Vistro Prime, a steakhouse twist on his Washington Street eatery, which could re-open at the end of the month. On Monday he cooked up a 16-ounce bone-in strip with horseradish creme fraiche and roasted mushrooms, a wedge salad with bacon and blue cheese and cheesy grits with chowchow at his Hinsdale home. (Jim Slonoff photos)

While other restaurants are welcoming diners back indoors, Vistro will remain closed, offering only take out.

When the doors do reopen - possibly at the end of this month - Vistro Prime will have a new name, a new menu and a new look.

"The menu will feature a lot of traditional steakhouse fare along with the Vistro classics," chef/owner Paul Virant of Hinsdale said. "We're going to continue to do the wood oven pizzas, our two burgers, the pork sandwich, the fried kale and the Cheezits."

New to the menu will be diver sea scallops, Dover sole, a fish of the day and a variety of steak cuts. Virant is looking at offering a 12-ounce ribeye, an 8-ounce strip loin, 4- and 8-ounce filets and either a bone-in strip or bone-in ribeye, along with a butcher's cut. CDK Farm will continue to supply the restaurant with Illinois Angus dry-aged beef, which has been pasture raised and grain finished.

Virant is equally excited about the sides he'll offer, including sautéed spinach, a twice-baked potato and broccoli and cheese curds.

To start the meal off, diners will find oysters, shrimp cocktail and a seafood tower (king crab legs, gulf shrimp, smoked whitefish and assorted oysters) alongside other Vistro appetizers.

Soft serve and Virant's chocolate chip cookies will be joined on the menu by creme brulee, a molten chocolate cake, bread pudding, oatmeal cookies and a carrot cake made from friend Lydia's recipe.

"It's the best carrot cake I've ever had in my life," he said.

The beverage menu and wine list will expand as well, with a focus on classic cocktails like a Vieux Carré and Martinez.

"It'll be kind of a fun education to remind people what a Martinez is," he said. "People may fall in love with these cocktails that are classic for a reason."

He's not necessarily looking to compete with Gibson's or Perry's, he said, but to offer his own twist on a steakhouse close to home.

"I think people that live in Hinsdale and the surrounding towns, they like not to have to go too far for a great experience," he said. "This will be a neighborhood steak house. We'll still appeal to families like Vistro has, just with a broader menu, a broader offering."

After 35 years of serving breakfast and lunch in Gateway Square, Egg Harbor Cafe is making a move to downtown Hinsdale.

The restaurant hopes to open in April at 29 E. First St., the former home of Harry and Eddie's, according to Mike Farrell, who owns the chain with his wife, Aimee, and father-in-law, Jack Wright. The company, which has 20 locations in Illinois and Georgia, has been focused of late on downtown locations.

"That's been a big corporate drive of ours, to get into the downtown areas, where the train stations are, where the people are, to be a bigger part of the community."

He learned the space was available about three months ago and appreciates not only its location, but its historic character and its size.

"We're excited," he said. "We feel like it's a big space. It's really going to help us with (social) distancing."

In addition, the new location will provide ample space for the Hinsdale restaurant to offer more beverages.

"Most of our stores now are upgrading into barristas for specialty coffee drinks, and we really didn't have any room to do that in our current location," Farrell said. 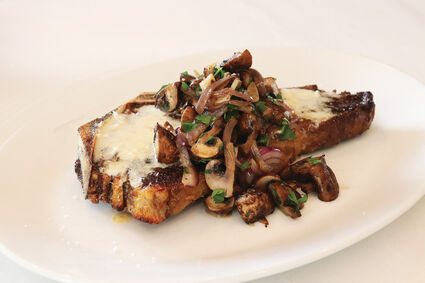 The restaurant also has applied for a liquor license to add mimosas and Bloody Marys to its menu.

"There are a lot of folks that won't even choose a restaurant that doesn't have that opportunity," he said.

When the Hinsdale location opened in 1985, company leaders had no idea whether the concept would work. At the time, no one was serving eggs in skillets, Farrell said.

"We were just amazed at how quickly people were attracted to it," he said. "Back in the day, it was totally novel. No one had seen anything like it before."

Now the excitement will come from offering new drinks in a new location in Hinsdale. Farrell said he's looking forward to the energy of being on First Street.

"I just think that's going to be really great," he said.