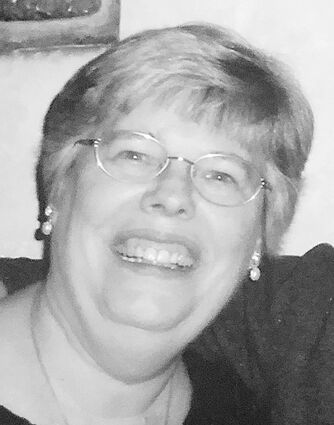 Charlotte was born in 1939 to Arthur and Rosemary Hacker in Evanston. She grew up in Glenview, attended Glenbrook North High School and went on to become a proud graduate of Northwestern University in 1961.

Charlotte was blessed to have had many fulfilling careers in her lifetime, beginning as an English, speech and drama teacher and eventually teaching sixth grade. She would go on to find a great sense of accomplishment in working 25 years for the United Church of Christ at the Illinois and Southwest Conference offices, the national offices in Cleveland, Ohio, and two local churches in Illinois. Throughout her life, Charlotte would make many fond memories spending time with family, friends, and later, new friends at The Birches. She once said, "I don't think I would change any part of my life even if I could. Although it was difficult at times, I feel so blessed by the love I have known."

Charlotte is survived by her children, Alisa (Frank) Messana of Hinsdale and Rick Lillquist; her grandchildren, Nicholas and Arianna; her former husband, then friend, Richard Lillquist; her nephews, Andrew (Lauren) and James (Julia); her sister-in-law, Kathy Hacker; and countless friends.

She was preceded in death by her parents, Arthur and Rosemary; and her brother, Arthur Hacker Jr.

Support the Lillquist Family by signing the online guestbook and sharing a memory at https://www.sullivanfuneralhomehinsdale.com.

In lieu of flowers, memorials may be made to the Pulmonary Fibrosis Foundation, 230 E. Ontario Street, Suite 500, Chicago, IL 60611 or online at https://www.pulmonaryfibrosis.org/donate, are appreciated.