Hinsdale woman uplifts lives one makeover at a time 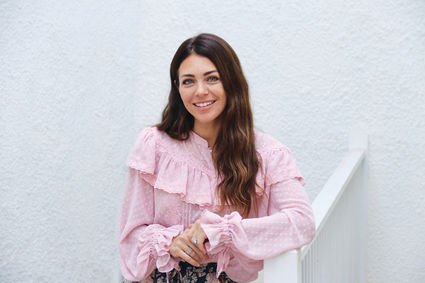 Hinsdale's Jackelyn Kastanis spent a year helping care for childhood best friend Brooke Bolley in their native Detroit area until Bolley succumbed to cancer in 2011 at the age of 27.

Kastanis moved to Chicago for work, but her desire to provide comfort remained deep within.

"Every time I would pass all these hospitals downtown, I kept wanting to go inside," she said.

In 2014, she launched Simply from the Heart, a nonprofit that honors Bolley and her cosmetology/hair styling career by deploying "glam squads" to pamper patients suffering from terminal or life-threatening conditions.

"It's emotional healing," she said of the manicures, makeup applications and other services volunteers provide their surprised subjects, both adults and youth.

Getting hospital approval for the novel outreach took some persuasion, Kastanis acknowledged.

"They had no idea what this was," she said.

Northwestern University Hospital signed off first. Now the organization partners with more than 15 hospitals in Illinois, Michigan, Florida, California, New York and Connecticut. Supportive physicians advanced the concept, and soon beauty product companies were donating items for the cause. In addition to the hands-on makeovers, each patient receives a glam box containing a couple dozen items.

"We've already pampered over 5,000 patients," Kastanis said. "It's way above and beyond anything I could have dreamed of."

While most are thrilled to have a three-person squad deliver the celebrity-like pampering, some are understandably a little apprehensive, she related. Kastanis delights, though, when she sees that resistance melt away after a few minutes of relaxing spa music and refreshing conversation with strangers there to serve.

"A little smile goes a long way," she said. "We bring this out in them."

COVID-19 protocols have inhibited hospital visits this year. Kastanis also had to switch Simply from the Heart's sixth annual fundraising gala to a virtual event. She said supporters and sponsors responded generously nonetheless. And she's collaborating with Diana Mucci, owner of the former Hinsdale shop Mucci di Firenze, who has written a children's book, "The Snugawinks of Cuddleton Falls." Mucci is donating copies of the book for kids' glam kits.

"We've had a great response with our sponsors in terms of still wanting to give," she said.

An actor by profession, Kastanis has written a screenplay about Bolley and their journey together. She also has been prompted by the pandemic to develop a mobile glam unit to visit patients at home.

"We would really be making them over head to toe, like the 'Extreme Makeover: Mobile Glam Edition,' " she said.

Kastanis said everyone involved gets in on the rewards.

"I don't know who's getting more out of it, the patient or the volunteer," she said. "The feeling that we give people is something that they'll take throughout their lifetime."