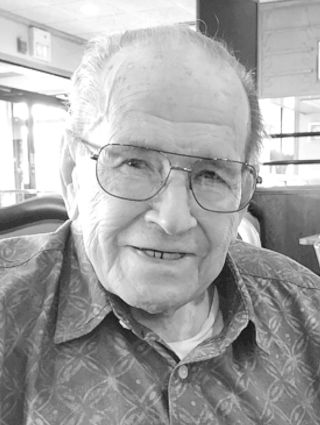 Edward F. Tausk died Nov. 29, 2020, seven days after his 90th birthday and just three and a half months after losing his wife of 64 years, Ellen.

Ed was born in 1930 to Emil and Teresa Tausk. He grew up in Chicago with his three siblings. Ed worked as a mechanical engineer and met his wife Ellen at work. They married shortly after and had three children, Teri (Chuck) Goudie, Ed Tausk Jr. (fiancé Wendy Jurek) and Colleen (Steve) Gebavi.

Ed was known for many things including the numerous patents he received as an engineer and the fact that he designed and built the Tausk family home in Downers Grove. He was fun-loving and liked to perform his own version of a magic show. Fishing was his passion and the family spent many happy vacations on the lake in Wisconsin, Minnesota and Canada. When Ed retired from Navistar, he bought a fishing boat and ran salmon charters. He also mentored high school students in the First Robotics program.

Ed always stood up for doing the right thing and doing everything to the best of your ability. If someone had a flat tire, he would be the one to pull over to help. In that regard, he taught his family the importance of "paying it forward" long before the phrase became popular. His family asks everyone to consider doing an act of kindness this holiday season to honor that mission.

He also is survived by his great-grandchildren, who called him "big Papa." They are Henry Bufalino, Leo Bufalino, Brooks Davidson, Walker Davidson and Claire Goudie.

All are welcome at a funeral Mass at noon Saturday, Dec. 12, at St. Mary's of Gostyn Church, 440 Prairie Ave., Downers Grove.

Interment will follow at Assumption Catholic Cemetery in Wheaton.

In lieu of flowers, donations can be made to the Ellen Tausk Kindness Foundation, Chase Bank, 1 S. Northwest Highway, Park Ridge, IL 60068 or electronically via zellepay.com at [email protected]