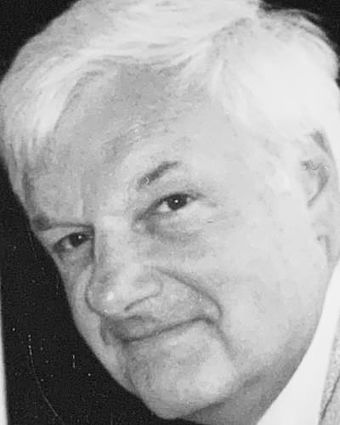 Sandy was a friend to many, an adept raconteur, dedicated to community service, a passionate traveler, movie connoisseur and, most importantly, a family man who loved making his children and grandchildren laugh.

Sandy grew up in Clarendon Hills and graduated from Hinsdale High School where he met the love of his life, Karen Kayser. A man of diverse talents, he starred in the senior class play and was an All-Conference varsity football lineman; many of his teammates remained lifelong friends.

The years he spent earning his bachelor's and law degrees at his beloved Washington & Lee University provided endless material for rollicking stories. He was convinced his fraternity chapter was the inspiration for "Animal House."

A born entertainer with an irreverent sense of humor, Sandy was a hardworking and accomplished litigator who became a partner at Winston & Strawn and then Seyfarth Shaw LLP. He was also deeply involved with his community. He served as a Hinsdale village trustee, and was twice elected president of the Hinsdale Historical Society - spearheading the purchase of Immanuel Hall and helping to preserve the Zook Home and Studio. He joined with a group of concerned citizens in protecting Katherine Legge Memorial Park from development and spent many years on the board of the Hinsdale Central Foundation. He also remained deeply involved in the W & L Alumni Association and relished his year leading it as president.

Sandy was a "desultory and eclectic" reader, as he called himself, who prepared yearly summaries for his family and friends of the books he voraciously read. Among the other joys of his life were his Czech heritage, the Chicago Bears, the Northeast Kingdom of Vermont, and - after bravely conquering his fear of flying - world travels. He and Karen traveled to all 50 states and 50 countries.

His family feels so grateful to have been given the chance to have him in their lives. He was astute, adventurous, generous, handsome, humorous, firm, and committed. His huge presence will be deeply missed.

He is survived by his wife, Karen; his children, Kathy, Anne and Alex; his grandchildren, Sam Lombardo, Charlie, Luke and Jack Randall, and Julia, Emma, Sophia and William Walton; his sons-in-law, Leigh Randall and Ali Allabadi; and his younger brother, Jon.

He was preceded in death by his parents, Stan and Emily; and his brother, Christopher.

The family is planning a celebration of Sandy's life in the spring.

In lieu of flowers, memorials may be made to the Hinsdale Historical Society, P.O. Box 336, Hinsdale, IL 60522.