Central club helps create a safe place for all 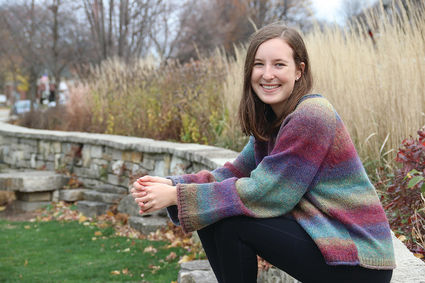 George Floyd, the man whose death at the hands of Minneapolis police officers sparked demonstrations across the country, didn't identify as a member of the LGBTQ+ community. He wasn't victimized for his sexuality and his rights weren't compromised because of his gender.

Yet as a person of color, Floyd had a great deal in common with the members of Hinsdale Central High School's Gender Sexuality Alliance, said Bridget McBride, co-president of the club.

"The purpose of the club is to create a safe environment where everyone can feel accepted," she said. That includes BIPOC (Black, Indigenous and People of Color).

In the aftermath of Floyd's death and the resulting unrest across the nation, members of GSA collaborated with Hinsdale South High School's Prism Club to draft a carefully crafted 580-word statement about the clubs' ongoing commitment to creating that safe space for all.

"We try to put ourselves out there to get new members and to raise awareness in the community," McBride said. And while that's a bit more difficult due to remote learning, GSA remains a welcoming place for all.

Members of GSA meet each Tuesday via Zoom to share experiences and discuss what they can do to spread the message of acceptance and equality to others who need to hear it. Prior to the pandemic, the club held fundraisers and social events to welcome new and potential members.

For McBride, membership in GSA was a natural progression from the A Safe Space group she enjoyed at Hinsdale Middle School.

"I've always been an advocate for marginalized groups of people who don't have a voice or can't voice their opinions in a safe manner," McBride said. While helping others, McBride said, GSA also has enriched her own life.

"You can meet a whole bunch of different people from different backgrounds," she said.

McBride said injustices similar to those that sparked the Black Lives Matter movement continue to occur in the LGBTQ+ community, as well. The club's statement includes the fact that in the United States, trans women of color have a life expectancy of 30-35 years - less than half the life expectancy of women whose gender identity matches their sex assigned at birth (cisgender).

"Societal discrimination, exclusion, criminalization and lack of recognition has put this population at such a higher risk," the statement reads.

"This year, it's been a little hard to get ourselves out there," McBride said, adding the statement is one way for members of the two high school clubs to reiterate their desire to create a safe place for all.

McBride isn't sure where she will attend college, but if the school she chooses doesn't have an organization that shares GSA's mission, she plans to start one herself. LGBTQ+ people exist in every community in the world, McBride said, and whatever community she is a part of, she wants everyone to feel safe there.