Helping the homeless is where Hinsdale woman's heart is 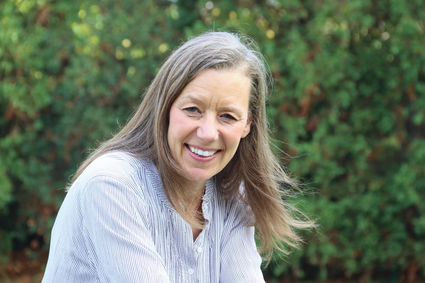 The Hinsdale resident saw a call for helpers to join a group of Downers Grove women's outreach to the dozen or so homeless citizens that gather near that village's downtown train station. It was an invitation her servant-hearted spirit couldn't refuse.

"I felt like (God) opened a door for me to help here," said the deeply faith-driven Wooldridge.

Once a week since June, she has worked alongside other volunteers to prepare and deliver food and other basic needs as well as fellowship to those longing for a caring touch.

"We give out hand warmers, we've given out sleeping bags," Wooldridge remarked.

Even person-specific needs are addressed, like a new pair of shoes.

"Size 11. So between the group of women, we get the shoes. Sometimes it's within the day, sometimes it's a couple days," Wooldridge said. "It's definitely a community effort."

Wooldridge has leveraged her Trinity Presbyterian Church community in Hinsdale to recruit additional volunteers. As that roster has grown, so has the breadth of services they're able to offer. PADS has been enlisted to help place people in temporary and permanent housing, and others help people without state IDS obtain them in order to qualify for public assistance.

"It has just sort of blossomed," she said of the effort. "As you're building relationships and you're learning about people's stories, they trust you. And because they trust you, then they start to understand that you're there to help them for their good."

This type of long-term commitment yields rewards, Wooldridge said. She knows of at least eight people whose life paths have been profoundly altered since she started her involvement.

"(The women) are actually trying to help individuals stay off the streets, and with whatever kind of help that they need," she said, marveling at volunteers there four or five times a week. "It's easy to give money and say a prayer for somebody. It's not as easy to get involved and stay with it continually on a weekly basis."

Other outreach efforts she has served with include By The Hand Club For Kids in Chicago, People's Resource Center in Wheaton and earthquake relief efforts in Haiti. With both of her children now in college, the empty-nester tries to channel her time and energy into giving back. She's never disappointed at the often seemingly divinely orchestrated fruit that results.

"I've just seen things happen that you know, without the hand of God in it, it wouldn't have happened," she said, citing one gentleman's journey from homelessness to permanent housing.

Wooldridge leaves each week inspired by the both the dedication of the volunteers and the resilience of those they serve.

"You can just see how people want to help, in any way that they can," she said. "We're giving them dignity and showing compassion."