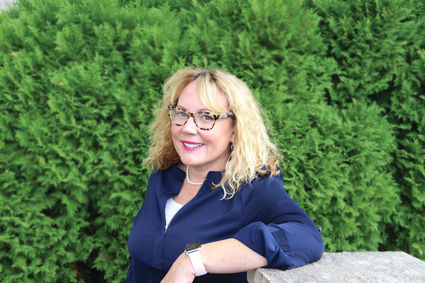 Music was an important part of Lisa Pomeroy's life throughout her years at Hinsdale Central High School. She was a member of the madrigal singers, concert choir and musical casts, sang in the school talent show and further honed her vocal skills with private lessons.

It wasn't until she had graduated from University of Illinois with a degree in French commercial studies that Pomeroy considered music as a career. As she prepared to embark on the world of international business, Pomeroy felt a tug to keep on singing. She applied to the Eastman School of Music in Rochester, N.Y. Five years later, she had bachelor's and master's degrees in music, and a new career.

"I had a contract with the Lyric Opera of Chicago," said Pomeroy, who would go on to sing with the Chicago Symphony Chorus and Grant Park Music Festival.

It was during a performance with the Grant Park Music Festival that Pomeroy said she knew for certain she had made the right choice. While singing "Lux Aeterna" by Morten Lauridsen, Pomeroy said she realized, "This is what I was made to do."

But for Pomeroy, life as a professional singer and life as a mother didn't work well together. She left singing behind about 10 years ago to raise her two sons. Along with the job of mother, Pomeroy took on the job of art mom at her sons' elementary school.

"It made an impression on me," Pomeroy said of the art awareness program she enjoyed as a student at Elm School.

For the past eight years, Pomeroy has visited the Elm School classrooms with lessons in how art enters every part of our world. When third-graders were studying the World's Fair, Pomeroy brought in art from that historic event. As first-graders studied the U.S. presidents, Pomeroy offered portraits of our country's leaders.

"We would gear our presentations toward what they were studying in school," she said.

Like music, art can be powerful, Pomeroy said. She recalls a visit to a classroom during a lesson on the civil rights movement. Pomeroy introduced the students to a famous photo of Martin Luther King Jr. during the marches from Selma, Alabama, to Montgomery. It got the children wondering about the people in the photo, the expressions on their faces, and even whether they were able to brush their teeth as they spent days walking along the 54-mile highway.

"It would be nice to (sing), in some form or another," she said. But for now, she's happy focusing on being a mom and teaching her sons the important role music can play in their lives.

"Music helps with creativity, brain development, fine motor skills," she said. And while it may no longer be her profession, music is and always will be an important part of Pomeroy's life.

"It can soothe your soul," she said.