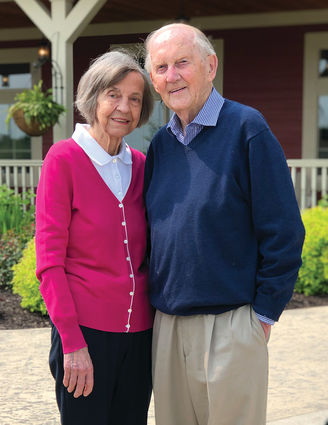 They were married in 1950 at Brookfield Baptist Church. They moved to Hinsdale in 1951 and have been residents of the village since.

Edward served as a private first class in the U.S. Air Force during World War II. He then worked as front office clerk at the La Grange Post Office and as a professional wedding photographer.

Violet assisted him in their business and was a homemaker.