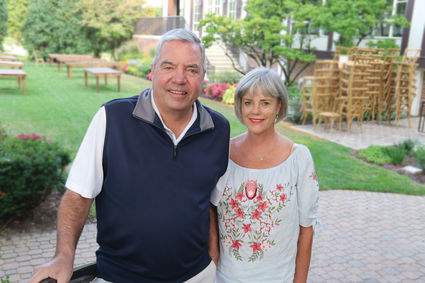 A Friday morning get-together with a group of fellow Christian men changed Charles Lewis' life for years to come and the lives of thousands of Chicago residents forever.

It was at one of these weekly gatherings that Lewis heard Glen Kehrein tell the story of Circle Urban Ministries and the good work it was doing to make the Austin community of Chicago a better place to live. It wasn't long before Lewis was part of the Circle Urban mission.

"Circle really had a calling on my heart," Lewis said.

A member of the Circle Urban Ministries board for more than a decade and a longtime member and former president at Hinsdale Golf Club, Lewis suggested that a golf outing would be a great way to raise money for the Austin community. He was right.

That first golf outing, held in 2011, attracted almost 100 participants and raised more than $100,000. Now known as the Kehrein Memorial Golf Outing since Kehrein's death in November 2011, the outing continues to be a major fundraiser for Circle Urban Ministries.

At this year's outing, set for Sept. 21 (see Page 22 for details), Lewis will be presented with the Kehrein Award of Excellence, given each year to honor someone who has worked toward Circle Urban's mission of racial reconciliation. Wife Joanie also will be recognized for her work with the organization, and Duane Morris LLP will be recognized for the firm's financial support of the Circle mission.

Lewis said he is honored to be recognized for his work with Circle Urban and proud that his family and his employer also back the cause.

"It's an honor to be recognized. It means a lot to me," Lewis said. "I believe in the mission of Circle Urban and what it's doing on the west side of Chicago."

Founded in 1974 as the Circle Community Center, the nonprofit has grown to include programs to address family needs, poverty, housing, hunger, education, drug and alcohol dependency, medical and legal issues, and more. In partnership with other entities, Circle Urban gives residents of Austin access to a charter school that educates more than 500 children in kindergarten through eighth grades, the Rock of Our Salvation Church, a health clinic and a shelter for women and children in need of a safe place to live.

The Circle after-school program helps children with homework, leads them in Bible study and offers access to creative arts such as music and dance.

Prior to COVID-19, the Circle Urban Ministries food pantry was serving about 400 people a month, Lewis said. Now, it's providing food for as many as 400 every week. In total, the many services reach more than 9,600 Austin residents each year.

"We feel that we do provide a lot to that community," Lewis said.

Lewis and his wife Joanie raised four children in Hinsdale, all of whom are active supporters of Circle Urban Ministries.

"It's a real blessing to do what we can," he said.