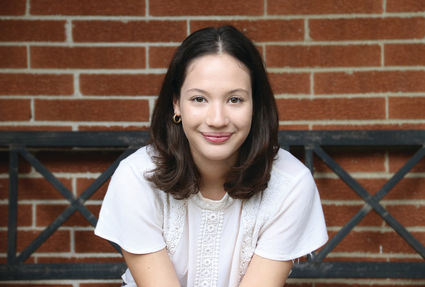 Hinsdale's Alexandra Collins was quite familiar with the Sterigenics industrial sterilization facility in Willowbrook when she learned about its decades of emitting ethylene oxide, a gas linked to cancer risks.

"I used to run on the street across from the Sterigenics facility in Willowbrook," said the Hinsdale Central junior. "I realized that my health could actually have been getting worse when I was doing something to try and improve my health."

Deeply concerned, she and her older sister, Catherine, co-founded Students Against Ethylene Oxide or SAEtO, to effectuate a ban on EtO emissions near schools and homes. She and fellow activists wrote letters to elected officials, attended community meetings and worked to educate others about the possible carcinogen.

Sterigenics permanently closed the Willowbrook plant last September under mounting lawsuits and public pressure. In June, Collins was presented with a Brower Youth Award by Earth Island Institute in recognition of her role in the campaign.

"I was incredibly honored," she said of getting news of the award. "I was jumping up and down and ran to tell my parents."

It came with a $3,000 check, a major infusion of cash for a teen-run organization.

"It gives us a great ability to reach more people and participate in workshops on environmental issues," she said. "For me, what really spurs my environmental activism is just seeing friends in the community struggle with cancer or their parents getting cancer."

Collins takes pride in her demographic's involvement in the movement. She recalled attending a Illinois Environmental Protection Agency panel presentation on Sterigenics in May of last year, eager to get answers.

"We had brainstormed a lot questions to ask the scientists about the harmful effects."

When she inquired how young people can reduce their exposure to cancer-causing elements, one panelist dismissively responded by saying, 'Students should not smoke.'

That just fueled her motivation.

"(Adults) have this mindset that students are not concerned about their health, or they're not wiling to make changes to live a healthier life," she said.

Another passion for Collins is coding. As an outgrowth of SAEtO, she and several other female members launched EtO-Free to push for transparency in product manufacturing and labeling.

"Six girls and I coded our own website to review EtO-free beauty products," she said. "It's just amazing to have a group of all girls coding together and also fighting to keep our community safe.

"I'm a huge advocate for females in STEM," Collins added.

SAEtO chapters now exist across the country and one is even starting up in Guatemala.

Collins is thankful for the accolades, but one result stands out.

"I can say that Sterigenics closing has been a huge win," she said. "That day will always be in my memory banks."