Teams look to rise above an odd fall 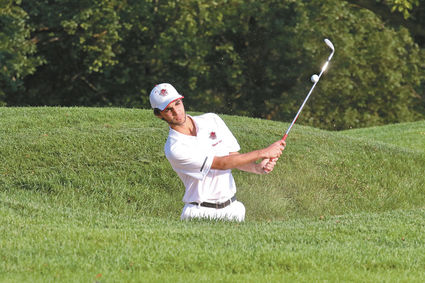 With no state finals in any sport this fall due to the pandemic, both the boys and girls golf squads and 2019 state runner-up girls tennis team will need to find other sources of motivation. (file photos)

Needless to note, Hinsdale Central's 2020 fall sports season is like none before it. Due to state COVID-19 guidelines, football, boys soccer and girls volleyball have been moved to the spring of 2021. And the programs that are competing this season have had their schedules limited to mostly in-conference matches and must adapt to strict safety protocols.

But after a spring of no athletics, the students and coaches are excited to have a chance to play, This first of two installments previewing the autumn squads looks at the boys and girls golf and girls tennis teams. Boys and girls cross country and girls swimming will be featured in next week's issue.

No. of varsity team members: 13

Team strengths: It's a very good group of kids, a nice group to work with and be around. We have good senior leadership and a couple of sophomores and a freshman who really want to start, so I've got some push from the bottom that makes everybody work just a little bit harder. They're good workers and they like to get out and play.

Areas for growth: Better decision-making on the course. We need to keep the ball in the fairway and make good shot selection, not just hit it as far as they can every time but hit in a good spot. Our conference is very competitive so if they can find one or two strokes to shave off, we'll do much better on our individual and team scores. Usually I have two to three invites to get them playing, but this year it's just hard to get them seasoning and competitive experience. I just have find way to create some competition on the team and take them out of their comfort zone in practice. If they know they have to be in the top six to play, that creates competition.

Who to watch: Senior Drew McMillin and junior Jack Inabnit have been playing some nice golf and I'm looking for them to step it up. Another junior, Michael Spitzer, was also on last year's state final team. And freshman Jack Mulligan will contribute.

Outlook: I have a good feel for what I have and where we need to work. We have a loaded conference. There are four solid teams in our conference, and our conference was well represented at the (Illinois State Junior Amateur Championship).

Furthermore: Kids have to bring their own water and follow the safety protocols. You've got to build that into the playing time frame. It's a little different mental dynamic.

No. of varsity team members: 9

Team strengths: I feel like we have a nice mix of youth and experience. We have four players with state-type experience. The girls have been really good about doing anything they're asked to do. I feel like our whole community is helping us during this season.

Areas for growth: I think the level of intensity is not what it normally is. We don't have the invites that we normally have that really prepare you for the state tournaments. But we have to adapt and be grateful that we have the opportunity to compete and play the sport that we love. We want to develop strong team chemistry, and we talk about the work ethic you need so at the end of the season you're playing at your highest level.

Who to watch: Seniors Emily Ascher and Rei Hemmer have been top players since their freshman and sophomore years. Junior Libby Larson, sophomore Sarah Thornton and freshman Caroline Owens are also key members. There's a group of juniors that are right there in the mix, including Nadia Burt, Julia DiTrani and Katherine Fullerton, who are starting the figure out how to score.

Outlook: The goal is to try to play your best at the end of the year. I'm disappointed that we're not going to get to see where we'd place at state with our young talented players that have led us in scoring and these seniors that have been rocks of our programs the last few years. It's all about challenging yourself to be the best you can be. I think its' a precursor of success in life, being able to compete and grow as a person and develop all of the skills to be successful, and without the normal type of schedule, these things become even more important.

No. of varsity team members: 22

Team strengths: We have a lot of depth. We are very deep and we're just really lucky that we've got such a solid team. Areas for growth: I've got my top players but I don't know exactly what (positions) everyone's playing. What we're concentrating on is just trying to be flexible. I don't know what the goal is. Whatever the post-season looks like - if it's some kind of regional tournament - let's have fun. 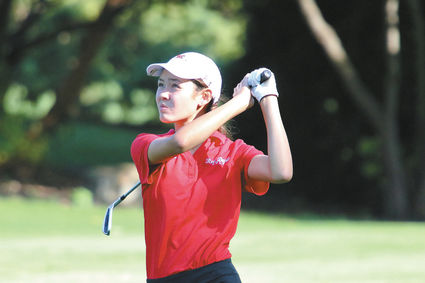 Who to watch: On this year's squad we have four returning from the state lineup: juniors Katie Dollens and Zoe Limparis and sophomores Nicole Hu and Prachi Shah. We also have a lot of other really awesome players, including sophomores Sophia Kim and Bridget Novatney and freshman Calista Chang.

Outlook: I feel like everyone's dealing with (the modified schedule) OK. The more they thought about it, they more they just didn't want to miss out on all the team stuff. Everyone's just happy they're playing, happy it didn't get pushed to spring. Because it's only conference play, I don't need to bring a bazooka to a knife fight because we do have so many great players. They've been practicing all summer because they've been able to travel to other states for USTA tournaments. Based on what we've got, I want to win conference and want to win a crossover match.