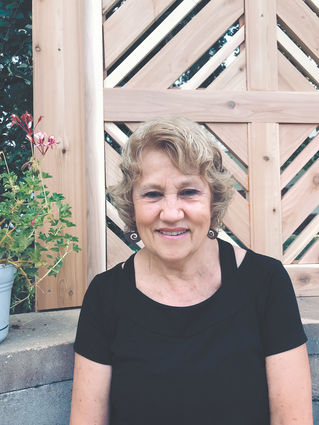 What does the centennial of the 19th Amendment's passage mean to you?

One April day, Ellen Annette Martin walked into her polling place in Lombard with the firm intention of voting in the local election. This act was noteworthy because the year was 1891, nearly three decades before women in America could vote. Armed with a legal brief underpinning her cause, Martin was allowed to cast a ballot. Then she went and brought back 14 of her female friends to vote, too.

"(Martin) was the first woman to vote in Illinois," said Janice Miller, a member of the League of Women Voters of the La Grange area. "She was a pretty remarkable woman."

This month Miller, a former 35-year Hinsdale resident now living in La Grange, and the League are marking the 100th anniversary of the 19th Amendment to the U.S. Constitution. The amendment was ratified Aug. 18 and officially took effect Aug, 26, which is now commemorated as Women's Equality Day. The chapter is holding a special Zoom program in observance of the occasion Aug. 27 (see Page 30 for details).

Miller reflected on the many decades of struggle that suffragists faced to finally achieve victory.

"It's important to remember the history of how many people suffered and fought to get the vote," she said. "They endured beatings. Some of them went through forced feedings when they went on a hunger strike. I'm awed by their courage."

The recent selection of Sen. Kamala Harris to be Democratic presidential candidate Joe Biden's running mate - the third woman ever tapped for the post - is another promising step, Miller suggested, as is the increasing number of congresswomen.

"Maybe it's a sign of progress that we can finally have women in positions of power whatever their political party," she said. "I think women can lend a lot to the political discussion."

Miller admitted to growing frustrated when observations about female officeholders or candidates stray into judgments of a superficial nature.

"If we can get away from discussions about what the female candidate is wearing and talk about real issues, that would be better," she said.

The LWV was founded in Chicago just months before the 19th Amendment was ratified, with a mission to help women carry out their new civic responsibility.

"The League is a nonpartisan organization that is really committed to education and making sure that we have an informed electorate," Martin related.

She pointed out that it took another 45 years for the Voting Rights Act to pass, which ensured the vote for people of color.

"There were all kinds of voter restrictions on various parts of the population, like Jim Crow laws in the South. Native American women weren't allowed to vote," she said.

Ellen Annette Martin likely would be pleasantly shocked at the gains women have made in U.S. democracy in the last 100 years. Miller said the anniversary serves as both a reminder of the journey thus far and encouragement to promote engagement.

"This is a good way to celebrate what has happened and good way to look forward to what work remains to be done," she said.