Move to Hinsdale is a return home for Potempa 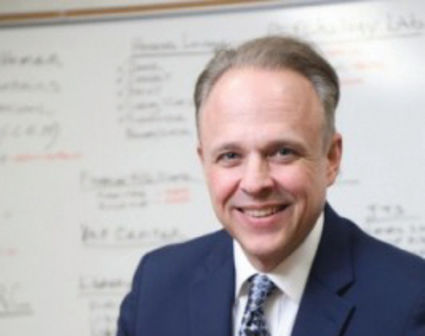 JOHN POTEMPA Gulf War veteran • Attended The Lane School as a child • HAS AN MBA from North Central College, Naperville • Father of two daughters • Loves boats and his 1967 Chevelle

As associate vice president of facilities at Governors State University, Hinsdale resident John Potempa has a lot on his plate, not the least of which is the construction of a state-of-the-art cafeteria where students can fill theirs.

The nearly $4 million remodel of the dining hall, expected to be unveiled when school starts in late August, is perhaps the largest project currently under way on the University Park campus.

"It's an unending job," Potempa said of his role as head of the 65-member facilities team.

Potempa came to GSU a year ago after more than 20 years in charge of facilities at Morton College in Cicero.

"I was looking to go to the university level. I wanted a larger place," he said. He found it in the 860-plus acres and nearly 1 million square feet of building space that makes up GSU.

"It is a wonderfully large, beautiful campus," said Potempa, whose job is not only to make it even more beautiful, but also more functional and efficient. To accomplish the latter tasks, Potempa initiated a reboot of the facilities master plan and created the university's first facility condition assessment and a space utilization study.

"These three things are all coming together over the next 12 to 18 months," Potempa said.

A U.S. Army veteran and a graduate of North Central College, Potempa spent a few years in finance before embarking on the unexpected path of facilities maintenance and development. Ready for a break from the stress of the brokerage industry, Potempa said his new career is a perfect marriage of his mechanical skills and financial know-how.

"Building a new building is an investment," Potempa said.

His ability to develop and maintain a construction budget while considering a project's long term impact on the university is a vital part of his job, he said.

He heads up a team that includes a maintenance staff that keeps things running as well as an architect and engineers that help him plan for the future.

Potempa said his job was made a bit easier by the decision to have as many staff as possible work from home over the last several months - a decision he helped to make as part of the team managing the university's COVID-19 response. With fewer people on campus, worksites are easier to navigate and work is less disrupted, Potempa said.

"We're moving right along," he said.

This is the second time in Potempa's life that he has called Hinsdale home. The son of former Hinsdale Police Chief Frank Potempa, his family left the village following his father's death in 1974. He moved back to the village with wife Maureen and their two daughters in 2017. Both attend Hinsdale Central High School.

Members of St. Isaac Jogues Church, Potempa said the family enjoys spending time at their place on Lake Wisconsin, where they enjoy snow skiing in winter and water skiing in summer.