Athletes were Central to teams' spirit

Despite lack of spring seasons, these Red Devils played a big role in their programs 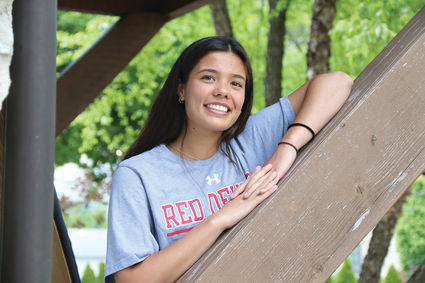 The short-circuited spring high school sports calendar sadly meant no final campaigns for many senior Central student-athletes. Consequently, The Hinsdalean did not run our normal series of seasonal athlete profiles - until now. Over these last several weeks we've been serving up delayed recognition for (now former) Red Devils who, according to coaches, brought their best to their respective programs, whether in the heat of competition or in fostering team unity. Today's featured athletes represent the girls soccer, boys volleyball and boys tennis squads.

How would you describe your experience playing soccer for Hinsdale Central?

My soccer experience has been really awesome. It's been a little hectic with a lot of coaching changes, but the last two years have been pretty stable with Coach Madonia.

What will you most remember?

A lot of my memories are from our team bonding experiences, getting to know each other and forming that bond.

What was your reaction upon learning you'd have no senior season?

Initially I was very disappointed and just upset. I was super-excited to get on the field with everyone.

How did you grow as a player during your high school years?

As a freshman, I was a little timid and shy. But being able to play with girls that were sometimes four years older than me taught me play at a faster and more aggressive level.

Did you have pre-game rituals?

Before home games, in the huddle house, we would always listen to music and dance together. Going to away games, there would always be music playing on the bus. Anything by Drake was good.

As a little silly but also motivated to do my best at all times.

I'm actually taking an accounting class through (College of DuPage).

Do you have siblings?

I have an older sister, Julie, and younger brother, Grant.

What have you been binge-watching?

I've been watching "Grey's Anatomy" a lot. Also "Outer Banks" and "All American."

Why did coach Tony Madonia like having Fryzel on the squad?

She is one of the hardest workers on our team. After coaching her for three years at the varsity level, she has a "team first" mentality and everything she does is first class. She has come back stronger every season by taking it upon herself to put in work to prepare. Off the field, she applies the exact same mentality, holding all A's and B's for her entire four years of a schedule packed with AP and honors courses. Time management at its finest has been displayed by Caroline - participating in both indoor track and soccer and holding these grades up is quite impressive. Student-athletes like Caroline Fryzel give our program, and our school, the reputation and legacy it holds. She will be dearly missed.

In seventh grade (Clarendon Hills Middle School) we only had track, volleyball and basketball. I wasn't a runner and I knew I didn't have a shot at basketball because I was so short. (Central) Coach Kaegebein was coaching the eighth-grade team at the time, and she encouraged me to play.

What do you love about the sport?

I love that I can rely on myself to dig the ball, and also being part of team and coming together to make great memories on and off the court.

How did you react when you learned there would be no senior season?

I was super-crushed because I knew that this season was my time to not only start again, but also play libero. I was super-excited to possibly be a captain to lead my team to another great post-season run.

In what ways did you grow as a player your high school years?

When I was starting out, I was a little hesitant to go for the ball. As I got more experience and more coaching, I learned to trust myself and trust my instincts and get on the floor to help my team win.

As a hard worker, someone who puts his head down and leads by example, ands someone who is very level-headed on the court.

You also played soccer at Central. How do the sports compare?

I use my hands way more in volleyball, but agility-wise, they're pretty similar.

What's keeping you busy this summer?

I'm running my own little sports camp for kids in kindergartern through second grade.

Why did coach Kaegebein like having Kocoras on the squad?

Besides Michael's fantastic ability to play defense, he always has had a strong drive behind him to push his teammates and himself to the fullest. Michael has a natural aura about him which makes it super easy for his teammates to play volleyball with him - he brings a calmness to the court. He leads by example by going to out-of-season weight (sessions) and all open gyms before the season started. I remember during the first open gym at the beginning of February, he stated, "Well boys, remember what this feels like. It's the start of our senior season, the best season ever."

How would you describe your experience playing tennis for Hinsdale Central?

I think it was a really competitive but really fun at the same time. I moved here from Kalamazoo. Mich., freshmen year. There was a big change from the competition level there to Hinsdale Central.

What will you most remember?

How did you grow as a player during the four years?

The competitive aspect really improved for me, learning to compete at a high level.

Probably as funny, and I'd like to think that I'm fun to be around. But hard-working and competitive at the same time.

What else were you involved in at Central?

I was in the Computer Science Club.

I'm teaching tennis every for four or five hours every single day at Burns Field.

University of Illinois. I was planning to play Division I tennis (at a different school) but when I got into U of I's engineering program, I let the D1 tennis go. I'll probably play club tennis there.

Do you have siblings?

I have three younger sisters.

What do you do to kick back?

I like to read or I go play poker with my friends. 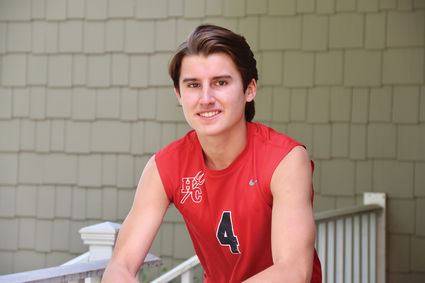 Why did coach John Naisbitt like having Nehme on the squad?

He played last year at state as a junior and came in third place in state with partner freshman Mujtaba Ali-Khan helping us win the state championship. I have always been impressed with Rayan's intensity on the court. He is a passionate player who works yearlong on his game. No one out-works Rayan on the court. He is fast and quick on the court and uses his speed to track down balls. He is clutch in a game that requires clutch to succeed. We will miss him very much in both his leadership and ability. This, his senior year, he was going to captain us to a championship while trying to nab his own individual title. Thanks, Rayan, for giving your heart and soul to HC tennis.