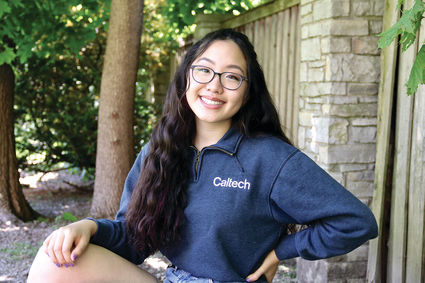 The short-circuited spring high school sports calendar sadly meant no final campaigns for many senior Central student-athletes. Consequently, The Hinsdalean did not run our normal series of seasonal athlete profiles - until now. Over the next four weeks we offer delayed recognition for (now former) Red Devils who, according to coaches, brought their best to their respective programs, whether in the heat of competition or in fostering team unity. Today's featured athletes represent the badminton, baseball and boys lacrosse squads.

What was it like not having a senior badminton season?

No one expected the year to end the way it did. But I'm glad I was able to have three years playing with the team. There were three seniors on the team, and we were able to have our Senior Night on Zoom.

How long have you played badminton?

It's been five years now. I was a tennis player before that.

I think there's a lot more strategy involved than what it may look like. You're constantly trying to predict what your opponent's next move will be. I play both singles and doubles, but I prefer doubles. Last year my teammate and I were in the conference final match. We finished second, but I don't think we'd ever been that focused before. It was amazing how in sync we were.

My JV coach would always say, "Anyone can play backyard badminton. It takes much more skill to place the birdie in the right spot." I've learned more about the strategy of the game and finding the right place to put my shot.

What did being a team captain mean to you?

I think (the co-captains) try and bring positive energy and keep everyone's spirits up, especially when things are going our way

Probably as really loud. Like my name, I can be really gabby.

There's another Gabbie C on the team, although she spells her name "Gabi." So we call each other "Gabbi C Squared."

Do you have any special talents?

I've taken part in Hackathons, where you basically don't sleep for, like, 24 hours, and are supposed to code something. I've competed at Uber headquarters in San Francisco, University of Michigan and Boulder, Colo. I've definitely had some success.

I'm interning as a software engineer for Red Hat.

I'm going to Cal Tech to study computer science. I hope to play intramural badminton there.

Why did Coach Katie Maley like having Cheng on the squad?

Since her freshman year, Gabbie has always been committed to the program, She gave it her all every practice with a smile on her face. She was a great teammate and was always watching the other girls play when she was not on the court. She was also an excellent leader by example and had great sportsmanship on an off the court. She was a ferocious double player and worked extremely hard.

What was it like not having a senior lacrosse season?

I've missed the guys. I really thought we were going to have a really good shot at making a playoff run. We've had group chats to stay connected. But for a lot of these seniors, they aren't going to go play lacrosse in college.

When did you start playing the sport?

In third grade. My neighbor down the street got me into it, but I didn't like it at first. I stopped playing for a few years and then started playing again in seventh grade, and I've done it ever since.

My freshman year I couldn't shoot on the run and didn't know how to do face-offs well. There's a certain technique where you have to punch into the ball, and I'm much better at that. Getting to the know the game better has helped my reaction time, and I can play both defensive and offensive midfielder.

All my friends call me "Hare."

What does being team captain mean to you?

I try to lead by example. I'm not super-vocal, and I like screwing around off the field. But when we get down to business, I like guys working as hard as they can. I was shocked I was voted captain my junior year. The whole point of being a captain that year was to be prepared for my senior year.

Do you have any pre-game rituals?

I get pre-game yawns, but I'm not tired. It's more about the fact that I can't waste my energy.

What else were you involved in at Central

I played football up to junior year and wrestled my freshman year.

What do you do to kick back?

I like being active, so I'll go fishing with my friends or go hang out with my buddies, taking walks or even just practicing lacrosse.

What might people be surprised to know about you?

I'm a ginger, but I can kind of get color when I tan.

I'm going to Franklin & Marshall College to play lacrosse and study pre-med for a career in dentistry and orthodontics.

Why did coach David Demasi like having Hare on the squad?

Owen was our team's leader. He was a captain as a junior, as well as a starting midfielder. Owen's off-season work would have helped to lead this team to a strong finish, had the season not be canceled. Owen led this team in all of our open gyms and worked hard not only to better himself but our program as a whole. He would often be seen helping incoming freshman learn new skills and drills.

What was it like not having a senior baseball season?

I was super bummed. I was really looking forward to being a starting pitcher this year. I thought we were going to have a really good year. The team has gotten together a couple times to play softball and stuff like that.

When did you start playing baseball?

When I was like 7 years old. It's been my favorite sport since I started playing it. I actually wasn't a huge fan of pitching until my freshman year. Sophomore year I pitched really well and I began to just love pitching, and now it's my favorite thing to do in baseball.

A used to be one- or two-pitch pitcher, but my coaches have helped me become a four-pitcher. I also used to be a lot smaller, so I started working out a lot and am a lot stronger.

I think as a leader because they voted for me to be a team captain. I think they view me as someone who keeps us in the game and pumped up even if things aren't going so well.

A lot of my teammates call me C-Willy or Char.

What pro athlete do you look up to?

I like Javier Baez. He's swaggy and has fun playing the sport.

Is there a baseball moment that sticks out?

We were playing LT against their top pitcher. Coach Ziemer had told me that I was going to close the game. We were winning by a run in the seventh and I managed to walk two men. But I was able to close out the win. It was one of the scariest but also most memorable games.

What else were you involved in at Central?

I was part of National Honor Society Club and i did Peer Leadership through junior year.

I can juggle bowling pins.

I'm working five days a week as a janitor for the District 181 school district. 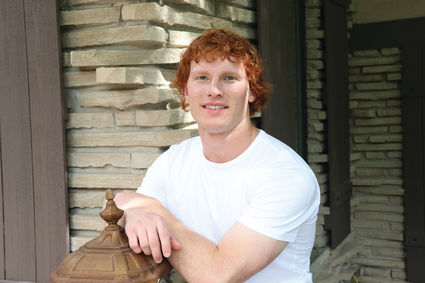 I'm going to the University of Illinois Urbana-Champaign to study engineering, I think I'm going to try and play club baseball.

Why did coach Jason Ziemer like having Williams on the squad?

Charlie was our team captain this year and has been everything that you would want in someone in that position. He has led the program this year in the weight room, during community service events and on the practice field. Charlie is upbeat and brings positive energy to the club and is a great individual for younger players to look up to. On the field, Charlie was either playing shortstop or pitching, the most important positions on the diamond, during the most important innings in our most important games.