Awareness, education are the goals for the organizer of one of last week's marches 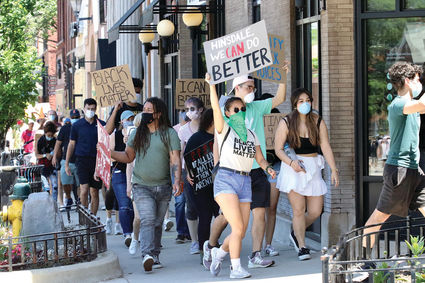 "They have the power themselves to change everything," he said. "I don't think everyone realized, with certain issues going on in society or in the community, that they can actually do something."

Robinson organized Friday's march after learning that a student-led protest set for Wednesday had been canceled.

"Originally hearing that it was going to get postponed, it kind of upset me," the 2014 graduate said. "I wanted to make sure a protest still happened."

Those students still marched on Wednesday and then again on Saturday. Robinson was present at all three events, speaking on Friday and Saturday. While the protests helped call attention to police brutality and systemic racism, Robinson didn't want to stop there.

"I ended up making a document to kind of help the community get an idea of how they can help, how they can change things," he said. "I wanted to make sure it was an educational protest as well, instead of us just marching around."

"This guide provides answers for specific questions to help educate yourself and your peers, as well as petitions to sign and funds to donate to," he wrote in the preface. "This guide should be the first steps in helping bring about awareness to racism and making our community safer."

The seven-page document offers a series of questions for people to ask about what they can do to make the community a better place, from housing options to workplace opportunities to education. Robinson, who lived in Clarendon Hills when he attended Hinsdale Central, said attending a majority white school can be difficult for people of color.

"Hinsdale is good academically. I think there are some areas it needs to focus on when it comes to inclusion or making it more comfortable for minorities," the Woodridge resident said. "You kind of have different standards you're put to and if you don't fit those, it gets kind of uncomfortable.

"That is something I would want to help change in the future," he said. "I would want to make it a more inclusive environment where everyone feels comfortable and don't feel like they have to fit in with everyone else." 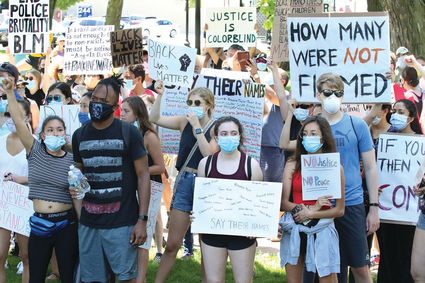 He said he is disheartened to see protests discredited due to violence or looting on the part of some and to see police continuing to abuse people who are trying to voice an opinion. The week has taken a toll emotionally.

But he is not without hope.

"To see everyone out, people speaking up ... it's pretty encouraging and it shows that the future can be bright for us and there can actually be change, so it is really inspiring," he said.

He said he's impressed that other Central students and recent graduates took it upon themselves to organize a protect and has confidence in the next generation.

"They are not going to sit and be complacent, and I think that's a good sign that there are going to be a lot of leaders coming out of that group," he said.