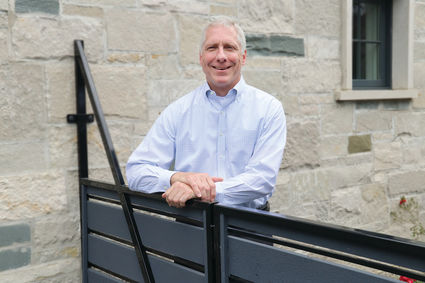 Growing up in South Carolina, Brian Kenney loved visiting the ocean and admiring its creatures. And while Chicago doesn't offer much of an ocean view, Kenney has found a way to enjoy and support ocean wildlife while living in the Midwest.

As Kenney transitioned into the role of CEO of Chicago-based GATX Corp. in 2005, he began looking for a single nonprofit organization to which he could offer his time and expertise. Already a "huge fan" of the Shedd Aquarium, Kenney said his decision to dedicate himself to the aquarium came naturally.

"I like to go all in and make a meaningful impact," said Kenney, who became a trustee in the Shedd Aquarium Society in 2005 and became chairman in 2018. The society serves as the governing body for the organization.

Kenney said the COVID-19 pandemic has created difficult times for the staff and volunteers of the Shedd, but thanks to their hard work and creativity, the aquarium's 32,000 animals are still receiving the same level of care. And while some might have noticed a lack of visitors in recent months, others have enjoyed a little extra attention.

Throughout the pandemic, folks who follow the Shedd's Facebook page have been treated to mini tours led by resident Wellington, a rockhopper penguin whose meanderings about the aquarium have been part of an active online presence for the facility.

That presence continues into the summer with Summer Splash Camp Stay Home Edition, an online version of the aquarium's popular summer camps.

Normally at this time of the year, the aquarium would be swarming with students on end-of-year field trips, families on day trips and vacations and summer camps. Instead, the facility remains pretty quiet. But Kenney said the creative minds of the Shedd have found ways to bring the animals to the people without opening its doors.

"We continue to be a source of support to families, teachers and friends of the Shedd," he said.

Kenney's post as chair of the Shedd board is a volunteer position, but it comes with a few perks. One is the opportunity to visit in the hours before the exhibits open to the public.

"You hear the animals, the belugas calling out. It's almost like you're out in the wild," Kenney said.

Kenney said he enjoys every critter that calls Shedd home, but he admits he has his favorites. And their names are Biff, Cruz and Laguna - three sea lions, each rescued from the West Coast.

"They're like 600-pound dogs," said Kenney, who likes to watch the animals' antics and interactions.

Like visits to the aquarium, Shedd's fundraising also has moved online. In lieu of its annual gala, they've launched the "It's Time to Make a Splash" campaign. Fans of the Shedd are invited to donate, create their own fundraisers or form teams to help cover costs and lost income. Kenney said it's the best way to support the Shedd while its doors remain closed to the public.