Town's past stands out in the present 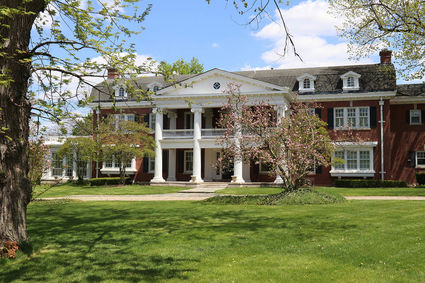 May is Historic Preservation Month, and who better to weigh in on the observance than members of Hinsdale's historic preservation commission? The Hinsdalean asked commissioners to each submit a structural selection - be it residential or within the historic downtown - that represents the kind of vintage architecture that for which the village is prized.

Commissioner Sandy Williams, stumped by the challenge of choosing one from the plentiful options, instead contributed her thoughts on the value of such timeless treasures.

"Every well-maintained older structure that displays the quality and style of another century adds to the character of Hinsdale. Our village is a beautiful, diverse, old community. Our historically significant homes, large or small, tell the unique story of Hinsdale's past. These tangible remains importantly reveal who we were and what we value today."

Here are the picks from the other commissioners:

• 419 S. Oak. This was the home of Mr. Clarke, our former village president, who, with the assistance of the American Legion chapter, led the fund drive to raise the money to build the Memorial Building. - John Bohnen

• 46 S. County Line is a Tudor Revival designed by R. Harold Zook. The home, built in the 1920s, has been thoughtfully restored by its new owners, whose attention to detail and restoration is amazing. While building this home, Zook incorporated several geometric patterns into his design, including a large chevron pattern over one of the three fireplaces on the first floor. My favorite, however, are the numerous wood cutout four leaf clovers that adorn the front of the home. The home boasts traditional Cotswold cottage features, which make the famed architect's homes so distinctive, as well as ornamental ironwork, exposed beams and intricate brickwork. - Alexis Braden

• 101 S. Washington, the old Gap building (and current site of Marcus), built in 1927 by the architect William G. Burfield for Hinsdale State Bank. It's a classical revival design, and facades are of terra cotta articulations and brick masonry. - Frank Gonzales

• The Hinsdale Memorial Building, "a gift from a grateful community," completed in 1928. It is elegant, restrained, enjoys pride of place in Hinsdale's front yard, and it establishes Colonial Revival as one of Hinsdale's primary and timeless architectural styles. More importantly, by choosing to model the building on Independence Hall in Philadelphia, it makes direct reference to our nation's founding and is therefore an appropriate home for our village government and our public library. Most importantly, it was constructed with private donations from village residents as a memorial to the Hinsdaleans who served and died in World War I, and to that memorial have been added the names of other Hinsdaleans who have paid the ultimate price in the wars and conflicts that have occurred in the century since. - Bill Haarlow 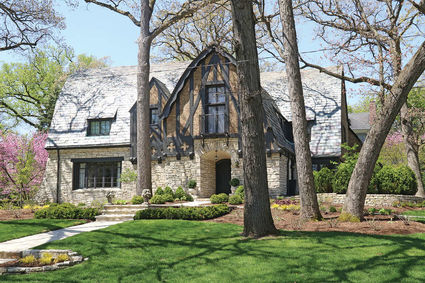 • My choice would be 106 E. Eighth St. In the late '90s (my firm) designed the restoration of the original roof structure and front porch that had been eliminated at some juncture in the distant past. This allowed us to create the third-floor ball room. Part of the project was to enlarge the home to the south, which required the addition to match the original house at all level of detail including millwork, stairs, tile, lighting, etc. The finished addition is seamless with the original house. We had awesome clients and we had so much fun restoring the house that it still remains one of my favorites. - Jim Prisby

• I am going to call out the R. Harold Zook home at 347 N. Elm St. This historic home is already well-known as a significant home in our village, due to the local celebrity status of its architect. However, my guess is very few know that this home, built in 1936, is a twin to Zook's own home, now sitting at Katherine Legge Memorial Park, as the interior layout of both these homes are extremely similar, and it is their placement on their lots that causes a second look. - Shannon Weinberger