Bringing history to life at HMS 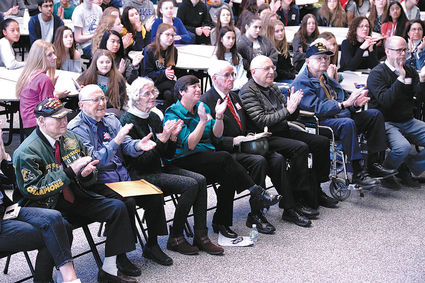 Members of the "Greatest Generation" - from a Holocaust survivor to members of the military who fought in World War II - brought their stories to life for students at Hinsdale Middle School Friday. To start the day's program, students gathered to salute their guests with a mini concert. The Hinsdale Middle School Jazz Ensemble performed music from the 1940s and members of the choir also performed. World War II veteran Christ Dangles shared his experience from being in battle to being injured while on board the USS Birmingham in the South Pacific. Camden Griffin tried on the uniform the female members of the Civilan Air Patrol wore. 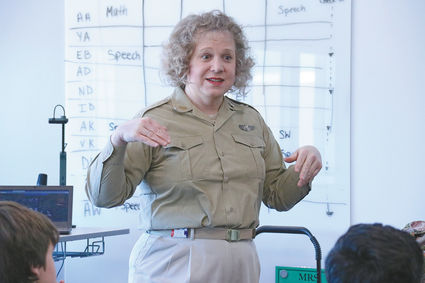