Hinsdale has own presidential pedigree

Monday's holiday an opportunity to reflect on village's line of leadership

Hinsdale's gallery of village presidents includes Joyce Skoog, the first woman to hold the post; Joel Tiffany, who led the village the year after its 1873 incorporation; and its current president, Tom Cauley, whose administration is in its third term. (file photos)

Monday is Presidents Day, an occasion to celebrate locally, perhaps, with a stroll along Washington or Lincoln Streets - or any of the dozen other Hinsdale roadways named after past U.S. commanders in chief.

The village, of course, has its own lineage of leadership. Whether one's a history buff or just a fan of the town that a 147-year evolution has produced, enjoy getting to know a little about the individuals who had a prominent hand in Hinsdale's story, courtesy in large part of Hugh Dugan's historical account "Village on the County Line" and records maintained by the Hinsdale Historical Society.

• Joel Tiffany was elected Hinsdale's first president following the village's incorporation in 1873. The 44 voters who participated (the population was around 2,500, but only men could vote then) cast their ballots at "the freight depot."

Born in Connecticut in 1811, Tiffany was a lawyer as well as the author of several books on law and religion. He was an outspoken advocate of abolition in the years preceding the Civil War, penning "A Treatise on the Unconstitutionality of American Slavery" in 1849. Something of Renaissance Man, Tiffany also held patents for a refrigerated train car and a pressed brick machine.

He had nine children with two different wives (his first wife died in 1859) and was a man of faith, hosting weekly Bible readings at his residence on the southeast corner of Walnut and (fittingly) Washington, which still stands. Tiffany served a one-year term, the prevailing custom in the village's early years, which was apparently long enough. His obituary reads that he thereafter "steadfastly refused public service, thwarting what might have been a most distinguished political career."

Oh, and the village budget he and his board of trustees had to work with that first year: $410.

• Tiffany was succeeded by William Robbins, the developer of 800 acres of southeast Hinsdale. The Robbins Subdivision is today on the National Registry. Robbins is also credited by some historians with giving Hinsdale its name.

• M.A. Donohue (1875-1877) broke precedent by holding the office for three years. His Chicago publishing firm was known for "inexpensive editions of popular works of fiction," according to archivist Sidney Huttner. A police force was formed during Donohue's administration to combat horse thievery. It's not clear if the horses were left unlocked.

• C.C. Warren (1881) was a co-founder of the village's Unitarian Church. On more than one occasion, Dugan notes, he and his brother constructed a wooden dance platform between their adjacent Maple Street homes to host summer parties - a shrewd move for earning votes.

• Multi-year terms had become the norm when John Merrill became president (1894-98). He, too, served non-consecutive terms with his reelection from 1902-04. The president of the Chicago Board of Trade is credited with "many municipal improvements" and was one of the four enterprising residents who partnered to build Hinsdale's first power plant. It was later sold to the village.

• Sandwiched between Merrill's stints was James Blood from 1899-1901. Dugan's entry states that Blood "was a brother-in-law of the eligible bachelor Harry Maydwell." We wonder if he used that connection to his campaign's advantage.

• Term lengths had been expanded by the time Randall Burns (1919-24) took office, but he died in December of 1924 at age 60 before completing it. The lawyer and director of the Chicago's Drake and Blackstone hotels was posthumously honored with the naming of Burns Field.

• Highlighting the tensions during the difficult Great Depression years, the home of President William Bruckner (1925-30) was, in 1930, vandalized "with creasote and mahogany-stain bombs because he hires a non-union painter to do work."

• William Regnery (1935-39) helped the village "acquire the fine post office building that was erected in 1939 at such an agreeable location." 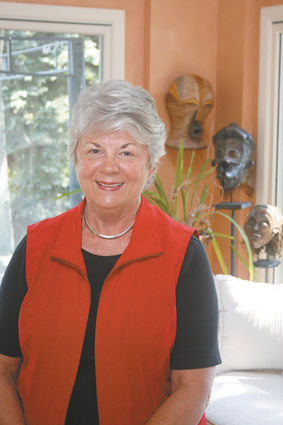 • Fast forward to 1993 when Joyce Skoog became Hinsdale's first female village president. "We built all the streets and storm sewers and sidewalks south of 55th Street," she told The Hinsdalean of her administration's most notable achievement.

• Current President Tom Cauley was the first village president to be elected to consecutive four-year terms - and then became the first re-elected to a third.

"I want to continue doing a good job for Hinsdale residents," he told The Hinsdalean before the April 2017 election. "There are several important challenges facing Hinsdale, and I believe I am the best person to address those challenges."

Hinsdale's presidents may not have wielded the same power as their federal counterparts, but the legacy of their influence is embedded in the fabric of this town.