Laughman is no stranger to being new in town 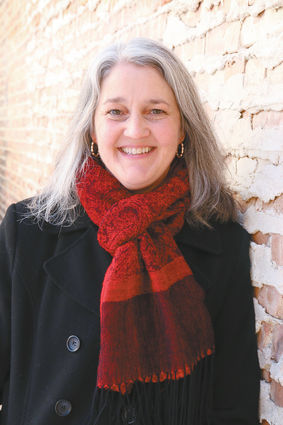 Newcomer is a title that Heather Laughman has held more than once. And no matter how many times she finds herself as a resident of an unfamiliar new town, it's always a challenge to make it feel like home.

As a member and former co-president of the Newcomers and Neighbors of the Greater Hinsdale Area, she tries to make that transition easier for those who are new to Hinsdale.

Laughman said she remembers feeling a little lost, lonely and overwhelmed shortly after moving to Germany with her husband, Steve, and their two young children. She also remembers a single kind gesture that made the foreign land start to feel more like home. Their mail carrier noticed the U.S. return address on a letter from Laughman's mother and reached out.

"He walked the letter up to my door," she said, and speaking in English, he welcomed her and offered to introduce her to his wife, who was British and also spoke English.

"That was the biggest saving grace," Laughman said.

She soon joined the American Women's Club, with members from all over the world. It wasn't long before she had friends who shared her language and people with whom to share her time.

"It ended up being great," Laughman said of the family's five years in Germany.

When the time came to move the family, now a group of five, to Michigan, Laughman wasted no time finding a newcomers group to help her learn the lay of the land. And when she moved to Hinsdale five years after that, it took only a couple of months to find the Newcomers and Neighbors group.

The Hinsdale group is called Newcomers and Neighbors because it doesn't exclude longstanding Hinsdaleans. It's those established residents, Laughman said, who help those who are new to the community become acquainted.

Laughman said some longtime Hinsdale residents have joined as a way to make new friends and connections after changes such as retirement, divorce or the start of life as an empty-nester.

"We are open to whomever," she said.

Laughman said her experiences as the new kid on the block have made her more confident and outgoing. When she moved to her current home, she went knocking on her new neighbors' doors and helped to organize the neighborhood's first block party.

And when she sees a moving van pull up in front of a nearby house, she's the first to arrive with brownies and a warm welcome.

The Laughmans have lived in Hinsdale longer than any other place during their married life. But Heather is confident it won't be the last home they share. Eventually, she sees them moving back to where it all began, in Ohio.

It will be a new home, with new neighbors to meet and places to explore. But she's done that before. And she always makes it feel like home.