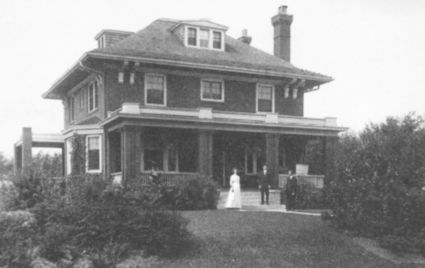 Ming dynasty - This photo is from Sandy Williams book, "Images of America - Hinsdale" published in 2013. This home was built in 1910 at 318 N. Madison St. for Moy Ming and his family. Ming was a Chicago tea merchant and restaurateur who owned "the largest and most beautiful Chinese Cafe in the world" with a seating capacity of 2,000. The house was later owned by Mary Dynes, who was a horticulture expert, and eventually torn down in 2001.