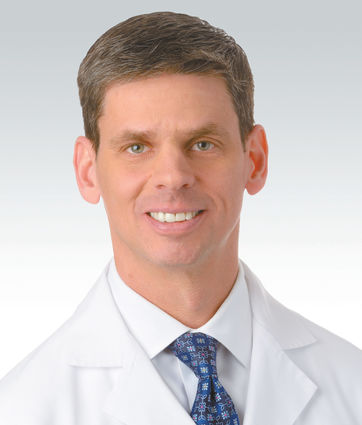 What questions do cancer patient ask?

When Christopher George became an oncologist nearly two decades ago, the dialogue with his cancer patients concerning treatment were often one-sided.

That dynamic has changed, he stressed, and for the better.

"I think patients are taking more ownership of their care," George said. "I like it to be kind of a partnership. I feel like patients are fact-checking you, and it's a good thing."

Some of the most common: Should I go to the Mayo Clinic? Should I get a PET scan? Should I have surgery?

Surgery, while it might seem like a quick fix, is not always the right course. "Sometimes it's hard to convince patients that surgery is a bad idea," he said. "It's very situational."

Regarding PET scans, the answer depends on the patient's case.

"There's the perception that (a PET scan) is a better scan than others. Sometimes that's true. But sometimes it's worse," he said.

Some patients may naturally be sheepish inquiring about a second opinion for fear of giving offense. None taken, George assured.

"I'm very supportive of second opinions. Your doctor shouldn't be threatened or offended if you want to get a second opinion," he said.

Then there's the leafy elephant in the room.

"Almost every single patient asks about marijuana," George related, saying the stigma around medicinal cannabis has clearly dissipated in recent times. "There's a different thirst for information about it in the public sphere.

"We're not sure of the answer," he admitted. "It's definitely a conversation I have every single day. It probably merits its own talk."

Health insurance is another hot topic, and he has noticed the active role that adult children take in the care of their parents.

"Adult children usually have more questions than the patient, especially seniors," he said.

"The internet was obviously around when I started, but it wasn't as ubiquitous the way it is now. Some of the information online is spot on and some of it is garbage," he said.

As a student of western medicine, George generally defers to others on questions about homeopathic treatments. What he finds fulfilling is the authentic, constructive conversations with those facing health crises.

"I like interacting with people. I prefer caring for people that are sick versus preventative medicine," he said, encouraging people to bring their own questions to his lecture. "It's designed to be way more of a conversation than a lecture."