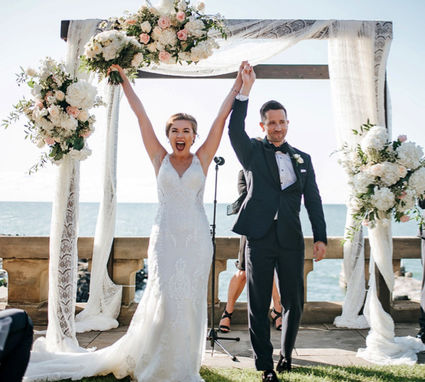 The bride is the daughter of Dale and Margaret Kleber of Hinsdale.

The groom is the son of Dr. Mark and Paula Smith of Hartville, Ohio.

Abigail Kleber of Hinsdale, the bride's sister, was the maid of honor. The bridesmaids were Adri Flocco, Ilana Sidorow of Hinsdale, Sarah Nation and Valerie Yax.

The bride's brothers, Alexander and Austin Kleber, served as ushers.

The couple met while in school at The College of Wooster in Wooster, Ohio. The bride, who taught in Cleveland's inner city elementary schools after graduating from college, will pursue a dual master's degree in education and library science at Kent State University this fall. The groom will continue in his current position as assistant professor and neuroscience researcher at Northeast Ohio Medical University and Akron Children's Hospital.

The couple will make their home in Akron, Ohio.