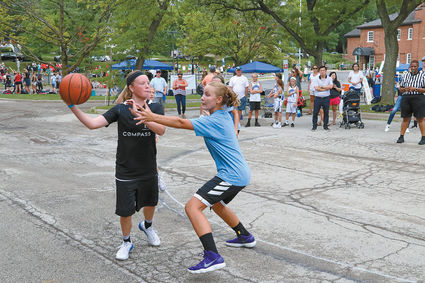 The annual 3-on-3 tournament was held at The Community House last month. The tournament drew almost 300 players from 12 nearby communities, who competed on 71 teams and played in 122 games. Katherine Skinner of Fuego Furioso passes the ball as Alli Linke of the Giannis puts on the pressure. Cameron Kasper from the Spartans makes his way around an opponent. Billy Tierney, Tommy Majchrowicz and Sean Hubeny from the PB Fam team watch some friends compete. (Jim Slonoff photos) 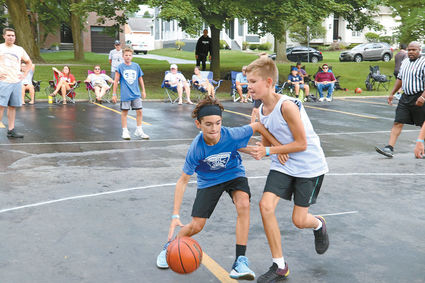