Indiana native feels at home at Hinsdale Park and Rec 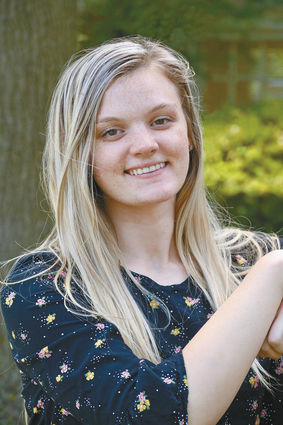 JILIAN BOGERNEVER VISITED HINSDALE BEFORE APPLYING FOR HER CURRENT POSITION • PLAYED TENNIS FOR 14 YEARS • HAS A LABRADOODLE NAMED DAISY • ENJOYS MUSIC, SHOPPING AND HANGING OUT WITH FRIENDS AND FAMILY

She’s completed her classes and even donned her cap and gown, but Jilian Boger has one last thing to do before she officially graduates from Indiana University, and she’s doing it in Hinsdale.

The Indiana native is fulfilling a 12-week internship this summer with the Hinsdale Parks and Recreation Department — a requirement for her degree in tourism, hospitality and event management.

“I have a background in parks and recreation,” said Boger, who played tennis and volleyball while attending high school in LaPorte, Ind., and served as a tennis instructor for her local parks and rec department. When she learned of an opening for an intern in Hinsdale, she knew it would be a good fit.

Going into her summer internship, Boger said she set goals to work on her technical skills and marketing know-how. She said she’s accomplished those goals while building confidence in the skills and abilities she already had.

“Although I still have a lot to learn in this field, this internship really has helped me develop skills that I will be able to translate into my professional career,” Boger said.

Event management is Boger’s favorite part of her multifaceted major. As Hinsdale’s intern, she was charged with planning the department’s “Unplug and Play” series — monthly events aimed at getting kids out from behind their screens and into their community.

The June 25 event took participants on a scavenger hunt at Katherine Legge Memorial Park. Plans included coming up with the clues and tasks of the hunt, as well as soliciting donations of prizes from local businesses.

“We had a really good turnout for the first one,” said Boger, who is living in Berwyn while serving her summer-long stint.

The final Unplug event will be a popcorn and pop trivia night on Aug. 6, just before Boger’s internship ends on Aug. 23.

That leaves her just a few weeks to prepare for her next move — a 15-month stint in Germany, where she will work at a hotel that serves the needs of the U.S. military, their families and veterans. She’s one of six IU grads who will be working there.

The trip will be Boger’s first visit abroad, and she said she’s excited for the adventure. She hopes to help with the hotel’s recreation program, which includes a full menu of winter sports. And although she doesn’t consider herself exceptionally skilled at things like skiing and snowboarding, she’s willing and ready to learn.

Boger said the time she has spent in Hinsdale has led her to consider parks and recreation as a possible career choice.

“What impresses me the most about Hinsdale’s Parks and Recreation department is that despite it being on the smaller size staff-wise, the staff truly works so hard to be able to put on different events and programs for the residents of Hinsdale and neighboring communities to enjoy,” Boger said.