Bill Brandenburg said senior life is good for his game 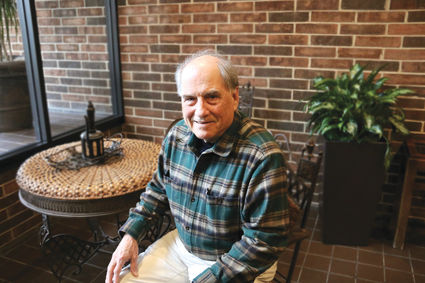 The number 85 is a target for Hinsdale's Bill Brandenburg. He's already reached it in terms of age; the goal now is to match it (or lower) with his golf stroke total.

Retired since 2001 from a career in chemical engineering, Brandenburg said he's glad he stayed on the job until he was 67, a little past the typical point of work stoppage.

"Don't be so anxious to retire," he offered as counsel. "I was pretty much ready to retire."

Working on his golf game has consumed a large part of the last 18 years, along with traveling with his wife, Sally, and sharing quality time with their three children and seven grandchildren ranging in age from 30 to high school freshman. The couple has lived in a condominium for four years, eschewing the continuing care retirement communities that many of the their peers opt for.

"We just didn't feel that we were ready for that," Brandenburg said. "Fortunately neither us have had any (joint) replacements. I'm still able to play golf, and walk the course if I have to."

They also enjoy taking road trips. They recently drove to Florida and back, which included a stop in Nashville, Tenn., to visit a granddaughter at Vanderbilt University.

Having extensive exposure to technology in his professional life has helped Brandenburg navigate the digital era.

"I use Waze," he revealed of his directional system. "That's a handy app to have."

Brandenburg grew up in La Grange and Western Springs, graduating from Lyons Township in 1952. He met Sally at Iowa State University, and they were married right out of college. They raised their family in New Jersey as Brandenburg traveled the world as an executive with International Flavors and Fragrances.

When their daughter and her family by happenstance settled in a La Grange home a block away from Brandenburg's childhood abode, it was time to relocate.

"We figured that we needed to get closer to them so that they wouldn't have to be going halfway across the country to see us," he said, adding that their son's family lives in Aurora.

"Supporting my wife and her activities has been an important part (of retirement)," he said.

The two have been active church members throughout their lives and belong to the Art Institute of Chicago, Brookfield Zoo and Morton Arboretum. Brandenburg is also converting the family photo albums into electronic form. In other words, there's not much couch potato-ing.

"We don't have the TV on during the day," he said. "We're usually going heavily right up until the time we sit down to dinner."

Having the ability to be with family regularly is the mark of aging well for Brandenburg.

"I wanted to make sure that we would have enough money to have a comfortable retirement," he related. "I'm not as agile as I once was. And sometimes I lose my words when I go to say something. But other than that, things are going pretty well."