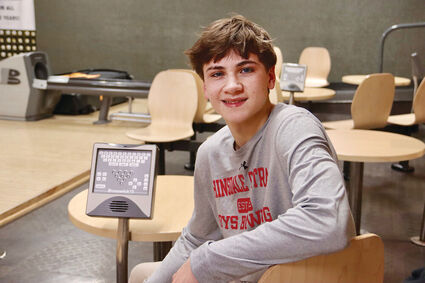 How did you get into bowling?

I originally didn't have a winter sport as a freshman, and I saw posters for the bowling team and I just went. I hadn't really bowled at all, other than birthday parties. I tried out and made the team. I had a lot of fun so I just decided to keep coming back.

How have you developed as a bowler over the last four years?

I started as a one-handed bowler but switched to two hands, which gave me more power, speed and higher (revolution) rate, so I could strike the pins better. I'm more accurate with two hands than with one.

What was this season's highlight?

Energetic with a lot of spirit. I get really into the games when we play.

One bowling ball or several?

I only use one because I like to be consistent with one ball and just build up my skill with that one.

Have you played other sports?

I played soccer all four years at Central.

Hopefully I've graduated college. I plan to study finance, so I'd like to be working in one of the bigger cities in the U.S., maybe New York.

Why does coach Alex Hipskind like having Williams on the team?

Brian's position on the team demonstrates the benefit of hard work and dedication. He worked tirelessly to improve his game over the last two seasons and it has paid tremendous dividends. He is a quiet leader and is looked up to by his teammates. Brian is also the product of great parenting. I've had the pleasure of teaching two of his three older siblings and all of the Williamses are extremely intelligent, mature and enjoyable to work with. The team will not be the same without Brian Williams next season.