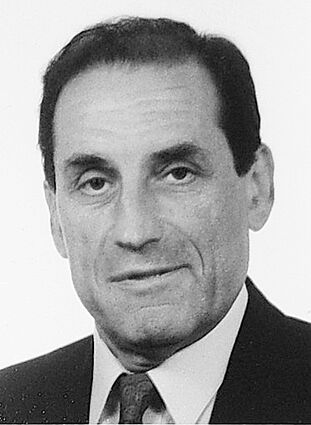 Jorge was born in Buenos Aires, Argentina, in 1935, to parents who had immigrated from Europe after World War I. He spent his younger years dedicated to his education, one of his core values. He worked hard, earning pocket money at his local opera theater as an extra or occasional stand-in, and making lifelong friendships playing basketball where he won several awards as a player, not to mention an introduction to his future wife. In 1959, Jorge was named valedictorian of the first graduating class at the Universidad de La Plata, where he studied chemical engineering, and embarked on a successful career.

Soon after, Jorge married Beatriz, and the adventure truly began. In 1967, Jorge made a life-changing decision in an effort to provide opportunity for his growing family, accepting an offer to work for Liquid Carbonic in the United States. Once in the US, in 1970, he received his master's degree from Harvard Business School. Jorge's career was complemented by countless relationships, professional and personal, which he maintained for a lifetime. Traveling extensively and often, he dedicated many years to the Liquid Carbonic Corp., ultimately finishing his career as president of Liquid Carbonic International in 1995.

In his free time, Jorge was a dedicated father to his three sons and supported them in Scouting, competitive swimming and academics. Great memories were made together at Philmont Ranch with the Boy Scouts and on many cross-country and international trips as a family. Until his passing, these beautiful memories, and those created with his four grandchildren, sustained Jorge after the devastating loss of his dear son Bernardo in 1997.

Jorge, together with Beatriz, enjoyed a lifelong passion for the opera, fostering many emerging artists through the Ryan Opera Center of the Lyric Opera of Chicago. Throughout his life he was a fierce competitor, sports fan and an avid tennis player.

He will be missed by his extended family in Argentina, especially his in-laws, the Zandrino family and many friends around the world, from Asia to Europe and the Americas.

He is survived by his wife of 58 years, Beatriz Esther Iorgulescu, nee Cobeñas; his children, Lionel (Sharon Hipskind) Iorgulescu and Andrew (Maté Schissler) Iorgulescu; and his grandchildren, Gabriel, Sofia Lynn, Luca, and Marco.

He was preceded in death by his son, Capt. Bernardo Iorgulescu, USMC; and his brother, Teodoro Iorgulescu.

A celebration of life service will follow at 12:30 p.m. at the funeral home.

In lieu of flowers, memorials may be made online to the Capt. Bernardo Iorgulescu USMC Memorial Fund at http://www.dupagefoundation.org/jorgememorial.html, the Ryan Opera Center at hwww.lyricopera.org/support-lyric/donate or the American Opera Society of Chicago at http://www.americanoperasocietyofchicago.org/donate.