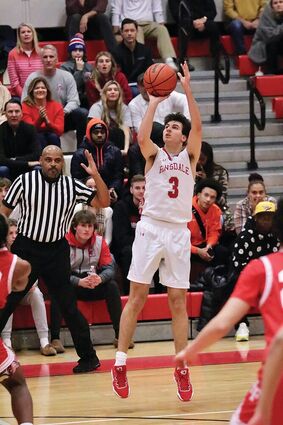 Hinsdale Central senior Patrick Graham (clockwise from top left) lays up a shot while teammate and fellow senior Emerson Eck knocks down a three-pointer during the Red Devils' quarterfinal game Tuesday against Homewood-Flossmoor in the Hinsdale Central Holiday Classic. Senior Ben Oosterbaan led the team in scoring with 26 points, including this shot, and also made a key shot block at the rim to help secure the 69-59 victory over the Vikings. The win earned the team a berth in the semifinals against Marian Catholic Wednesday night after press time. The Devils then will either advance to the championship game at 8:30 p.m. today, Dec. 29, or play in the third-place game at 7 p.m. (Jim Slonoff photos) 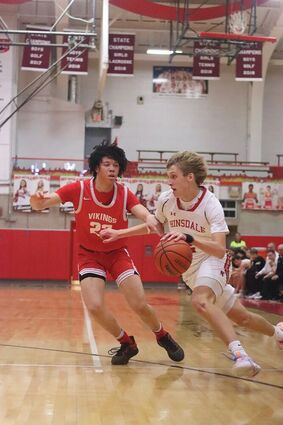