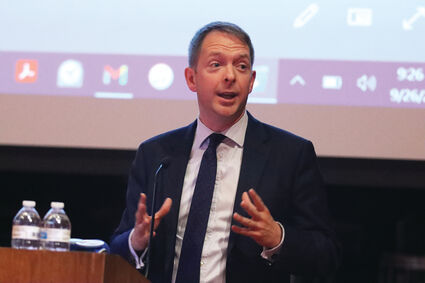 A year from Sunday, members of the Hinsdale Central Marching Band will participate in London's New Year's Day Parade 2024. Bob Bone, parade co-founder and chair (right) and Steve Summers, chair of the London Mayors' Association (left) came to Central earlier this year to extend the official invitation. Drum major Doena Julary was given an umbrella with instructions to keep it on her person until Jan. 1, 2024, to ensure good weather for the parade. Following the ceremony, the band played. The parade sees more than 8,000 performers from all corners of the globe entertain a street audience of about 500,000 and a global TV and streaming audience of tens of millions. (Jim Slonoff photos) 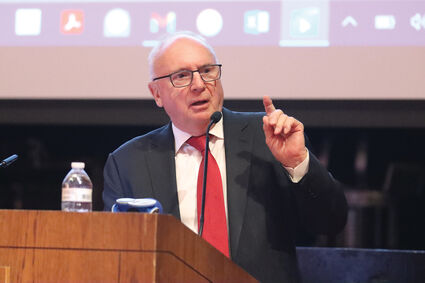