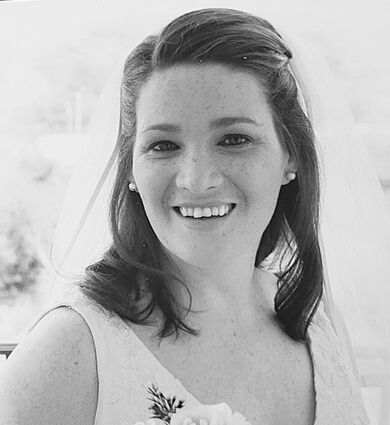 Kristin fought a hard battle after being stricken with ALS. After being diagnosed in October 2021, the last year of her life was highlighted by a family vacation to Kristin's favorite place on earth, Disney World. She also traveled back to New York to spend time at the beach in Breezy Point.

She will be sorely missed but remembered mostly how she handled her affliction with such grace, humility and humor.

Kristin was born in Rockville Centre, N.Y., moving to Hinsdale, in 1981. She attended Hinsdale Central and graduated in 1989. She resided in Lockport with her husband Scott and daughter Carolyn.

She was preceded in death by her mother, Mary I. Mahoney.

She is survived by her father, Gerard Mahoney Sr .; her sister, Suzanne Mahoney (Kevin O'Donnell); her brothers, Brian and Gerard (Joann) Mahoney Jr .; her nieces, Meaghan, Anna, Tricia, Sarah, Allison and Eileen; her nephew, Gerard III; and many aunts, uncles and cousins.

A funeral Mass was held Dec. 20 at Notre Dame Parish in Clarendon Hills.

In lieu of flowers, memorials may be made online to ALS Greater Chicago Chapter at https://donate.als.org/KristinMahoney