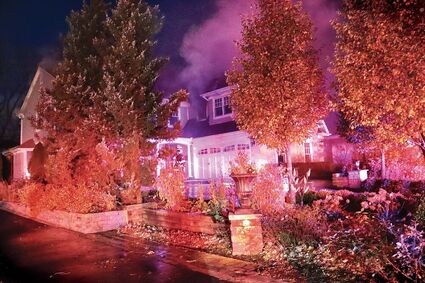 Hinsdale police responded to a burglar alarm at 618 N. Washington St. early Sunday morning, and instead of a break-in, police found a fire had broken out. Hinsdale firefighters responded and quickly extinguished the blaze, which is believed to have started in a second floor laundry room. There was no one home at the time of the fire and no injuries were reported. Damage is estimated at about $500,000. Firefighters from the Clarendon Hills, Oak Brook, Western Springs and Westmont fire departments and Pleasantview fire protection district assisted with checking to see if the fire had spread, salvage efforts and cleanup. (Jim Slonoff photos) 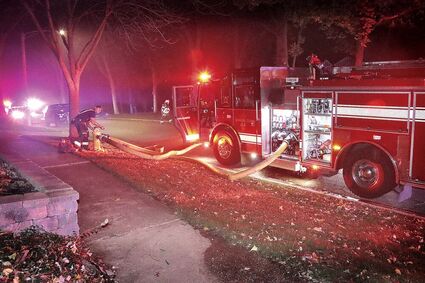