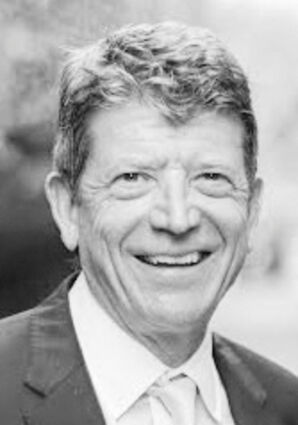 Robert Alan Engelking, 61, of Hinsdale passed away unexpectedly while walking his best friend, Tito, on Oct. 25, 2022.

Rob graduated from York Community High School in 1979, then went on to earn a bachelor's at Elmhurst College and an MBA in economics at Loyola University.

He had a very successful career as a salesman in the institutional fixed income business after beginning his career at the Municipal Bond desk. He spent 31 years at Merrill Lynch, becoming a director on the securitized product sales desk and was promoted into management. He continued his career at various firms and in various roles, ending his profession at Baird where he remained until present. Rob was always respected for his integrity, honesty, skill and kindness.

Rob met his wife, Kiki, at York High School. They married in 1989 and symbolized a marriage of true love and faithfulness to their girls. Kiki and Rob would have celebrated their 33rd wedding anniversary on Nov. 18.

Rob will forever be known as a loving husband, devoted father and loyal friend. Although very proud of his professional accomplishments, he'd consider his greatest achievement to be raising his four daughters. After the arrival of his two grandsons, TJ and Robbie, on Sept. 3, Rob officially became "Gampy" and was so proud to show off his new pride and joy. Although his time with them was brief, he made it a priority to see his grandsons every day.

Along with his family, Rob treasured his time in the Northwoods. He built a home for his family to enjoy on Long Lake in Phelps, Wis., where Kiki spent her childhood vacations. His favorite past time was fishing off the dock with Tito, who knew when it was "Fish'n time". Rob's true joy was seeing Tito's excitement when a fish was reeled in - it was special bonding time for them. And the irony of Rob's obsession with Tito is that he never wanted a dog.

Rob's other slice of Heaven was the Don Cesar on St. Pete Beach, where fondest family memories were also made. He relished his time walking on the white sandy beaches upon which the "Pink Palace" majestically stands.

His biggest passion was tennis. He loved the game and his crew. Most in the community will never forget the familiar sight of Rob riding his bike around town, often with his tennis bag in tow. Rob also had a love of horse racing, and had many days at the track with his family betting all of his favorite numbers. Despite many upsetting seasons, he loved cheering on his beloved Cubs and Bears. Winning the 2016 World Series with his mom, Marie, by his side brought tears to his eyes. He will always be remembered for taking incredible care of his mom.

Rob also served as a mentor to many and was generous beyond measure. His philanthropic spirit led him to support the Make-a-Wish Foundation. Since 2004, the Engelkings have granted 17 wishes.

Rob - also known as Robbie, Bobby, and Bobbyking - took a full swipe at his 61 years. He will be remembered for all that he gave to so many. His family is overwhelmed by the incredible outpouring of love and support.

A funeral service was held Nov. 1 at Christ Church of Oak Brook.

In lieu of flowers, memorials may be made online to Make-a-Wish Illinois at http://www.wish.org.