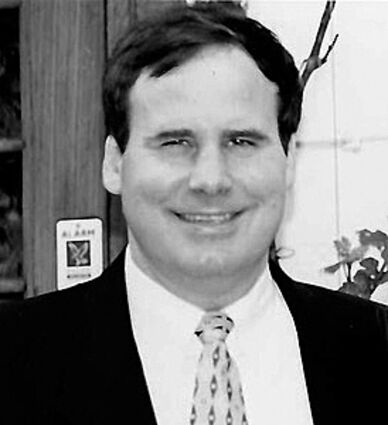 He is survived by his wife, Camille A. Johnson, nee Konkolewski; his son, Michael Johnson; his mother, Helen Johnson; his brothers, Michael (Kathleen), Lawrence (Catherine Booth and the late Alicia) and Robert (Patricia); his mother-in-law, Sylviann Konkolewski; his sisters-in-law, Donna (the late Edwin) Ellefsen and Jennifer (Jeffrey) Jendryk; and many nieces and nephews.

A funeral Mass was said Sept. 21 at St. Isaac Jogues Church in Hinsdale.

Interment was at Holy Sepulchre Cemetery in Alsip.

In lieu of flowers, memorials may be made online to the Army A. Club at https://static.goarmywestpoint.com/custompages/ArmyAClub/OnlineDonationPortal/index.html, clicking "Sport Specific Giving" and selecting football. Sullivan Funeral Home in Hinsdale handled the arrangements.