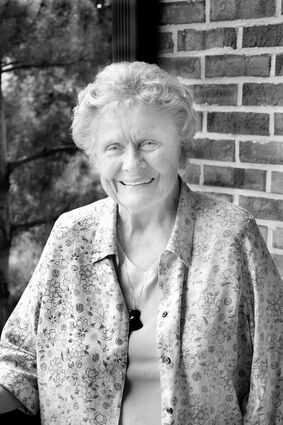 Marilyn and her husband, Bill, owned Millar Foods in Hinsdale for 16 years.

She was born in 1930, in Chicago to Bernard and Loretto Strubel. Her mother was an Oak Forest Hospital nurse and her father worked for the WPA during the Great Depression.

She grew up in the Blue Island area and graduated from Blessed Sacrament School and Blue Island Community High School, class of 1948, where she loved singing and performing. She met Bill while working for the Rock Island Railroad, and they raised their family in Chicago.

In 1970, they moved to Darien and worked side by side as grocers in their family business, the White Hen Pantry. Later in the 1980s, they operated the mom and pop store Millar's Foods in Hinsdale, and she became widely popular for her lunchtime sandwiches.

Her famous tuna fish sandwiches were a lunchtime special that attracted people from all nearby towns including famous Chicago sports stars Jay Berwanger, Stan Mikita and Bill Veeck, The Hinsdalean reported in July 2013.

"When Jay Berwanger walked in, Bill's mouth was hanging wide open. His jaw dropped," Marilyn said. "I was scared he was going to have a heart attack."

She and Bill enjoyed many weekends dancing at the Willowbrook Ballroom. She was a devout member of Our Lady of Peace Church and "The Memorare" was her favorite prayer.

In retirement, she enjoyed filling her patio with beautiful flowers, reading at the library, cooking and baking cakes for large family gatherings and making her famous sandwiches. She cherished her collection of angel figurines and ornaments. Her family will miss her so much, thinking of her as their angel.

She was preceded in death by her husband, Bill, in 1997; her brother, Bernard (Rita); and her in-laws, William and Rose Millar.

Interment is at Clarendon Hills Cemetery in Darien.

Memorials may be made online to Maryville Academy in Des Plaines at https://www.maryvilleacademy.org or Indian Prairie Public Library at https://www.indianprairielibrary.org.