Hinsdale man volunteers time to lift up others 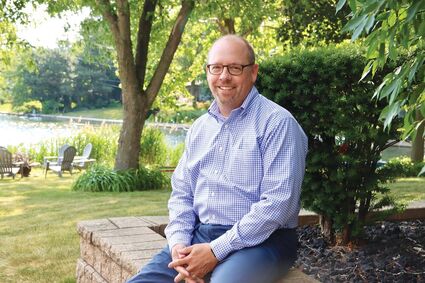 Nathan Obryon said his outreach work with those trying to start afresh after prison or life on the streets has revealed yearnings we all share.

Through his church, Trinity Presbyterian in Hinsdale, Obryon volunteers quarterly at The Bridge, a Chicago ministry helping ex-offenders, former gang members and people recovering from addiction thrive with the support of a faith community. The volunteers bring with them food and encouragement for the attendees, who are connected with counseling, education and job resources as stepping stones to a more fruitful path.

"We have a host team that's usually eight to 10 people, and we are providing a meal and then we also spend time with everyone who's there, just meeting with them and being in relationship with them," Obryon said.

Obryon has been involved in the program since 2005, shortly after he and wife Rebecca joined Trinity.

"It has continued to be a very rewarding experience,' he said, citing the hundreds of volunteers and thousands of former inmates he has come alongside over the years. "It's just a really healthy way to engage with needs in our own backyard, very practical needs in our own community."

Obryon said conversations with those he meets at The Bridge run the topical gamut from current events to matters of faith.

"It's always a great time, We usually end up swapping stories and talking about what's happening in our lives," he said. "I always feel like I learn something from everyone that I speak with and come away feeling like I receive more than I give."

Obryon has lived in either Clarendon Hills or greater Hinsdale for more than two decades, raising three daughters, two of whom are in college and the other a rising junior at Hinsdale Central.

"We've loved living in Hinsdale. It's just been a great place for our kids to grow up," he remarked.

An avid runner, he tackled the Chicago Marathon in 2014 and was preparing to run it again in 2020 with his daughter Genevieve until it was canceled due to the pandemic.

The family has taken part in Feed my Staving Children packing events and helped at DuPage PADS shelters, among other philanthropic activities. Obryon said his daughters also have attended The Bridge meetings.

"It was always a positive experience and grounding for them to be able to connect with people who are different but the same," he said. "We wanted them to see the world in ways that they can contribute to the flourishing of themselves and those around them."

Obryon reiterated that the blessings travel both ways at The Bridge.