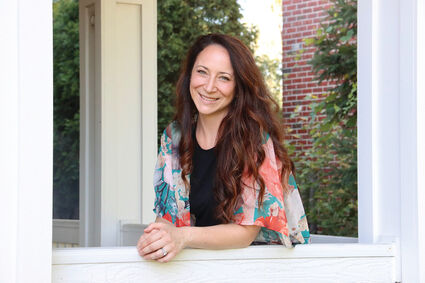 As an expert in artifact conservation, Anna Weiss-Pfau of Hinsdale is entrusted with some of the world's oldest, rarest and most valuable objects.

"My husband thinks it's funny the museums don't want you to touch the art, but they call me and want me to come take a scalpel to it," said Weiss-Pfau, owner and principal conservator of Elmhurst-based Third Coast Conservation, formerly Liparini Restoration Studio in Evanston.

Weiss-Pfau holds a master's degree in artifact conservation from the Queen's University Art Conservation Program in Kingston, Ontario - one of just five programs of its kind in North America. Restoration and conservation are not the same, Weiss-Pfau said. While restorers work to return an object to its original condition, conservators work to protect an object in its current condition.

"Do no harm," is the first rule and primary function of her profession, Weiss-Pfau said.

Whether it involves a treasured family heirloom or an ancient Grecian vase, Weiss-Pfau said every project is an investigation as she researches the item, its materials, and how to best preserve and protect it.

"It's always some kind of deep dive," she said.

Once the item is researched and the methods to treat it are determined, the mechanics of performing the tasks often require great care and precision.

"The technical skill is a whole other part of it," said Weiss-Pfau, whose job requires her to sew, weld and work with countless materials. "If it's not myself doing it, we're working closely with someone who is."

She and her team are currently working on a wooden ship that made its way from Norway to Chicago for the 1893 Columbian Exhibition. A replica of a Viking ship, the tiny vessel is currently docked about 45 minutes away in Geneva while the team works on its wooden dragon tails.

Weiss-Pfau and her co-workers also are studying the best way to protect the foundation wall of the National September 11 Memorial & Museum in New York.

"We're finding out what's in the water of the Hudson River and how does it impact the foundation wall," she said.

Prior to becoming a business owner, Weiss-Pfau worked at the Smithsonian and University of Chicago's Smart Museum of Art, where she served as conservator and collection manager for the campus and public art collection. It was during her time at the Smithsonian that Weiss-Pfau worked on the most monetarily valuable object of her career - the $2 billion space shuttle Discovery. It was also while working there that Weiss-Pfau met her husband, Josh. The couple eventually made their way to the Chicago area, spending time in Clarendon Hills before moving to Hinsdale in early 2022.

They're now raising two children, Greta and Dexter, along with their dog, Pickles.

A lifelong student of history, it wasn't until after her move to Hinsdale that Weiss-Pfau discovered a bit of her own family's past. Upon immigrating to the United States from Europe in 1917, her own great-grandparents settled in Hinsdale.

"The house that they lived in still stands today," Weiss-Pfau said.

While her own home isn't old enough to have much history, Weiss-Pfau said she enjoys local history and supports its preservation.

"I try to support the local, small historical societies with my skills," she said.

Looking ahead, Weiss-Pfau said there is plenty of work to be done in the world of conservation. With so many things now made of plastic, conservators must learn how to preserve objects that will become the priceless artifacts of another generation.