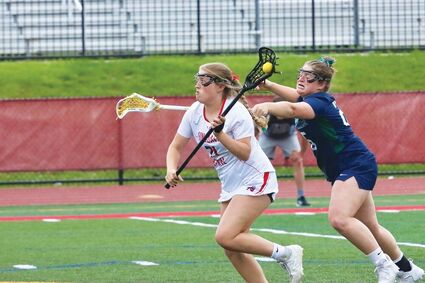 It came down to overtime against powerhouse New Trier in Saturday's title game. The Devils took a 6-3 lead into the second half, extending it to 9-4 before the Trevians came back to knot it up at 10 with nine minutes to go. New Trier scored the go-ahead goal, then Central matched it with 3:43 left, with the score 11-11 at the end of regulation.

In the extra period, New Trier scored the sudden-death winner with 1:22 remaining.

Heartbreak for the Devils. But not regret, said senior Annette Ciupek, who led the team with four goals.

"Honestly, I know that we lost, but I think that we played the game of our lives. That's the best our team has played together all season," Ciupek said.

"We would have loved to win. I don't think I would have changed anything because it really just showed how we fight," said Beargie, who scored a goal. "We have a lot of heart when we play, which I think is pretty unique to our team."

The semifinal Friday revealed that fight, as well, as Central had to fend off a feisty Lake Forest and hang on for a 16-15 victory.

"That was actually a lot closer than we thought it was going to be," Beargie commented. "We were definitely impressed by that team."

Head coach Matt McNiff said after building a 10-3 lead at halftime, he opted to play more of ball control game than go on the attack.

"It's my fault that we took our foot off the gas a little bit. I wanted to kill some clock," McNiff said.

But the team's grit prevailed, with senior Tessa Howe netting the game-winner with 18 seconds left.

"This is the most resilient group I've ever been around," McNiff stressed, noting injuries the team had to overcome throughout the season to compile a 20-5 record. "Almost every tough game we had, we were down a couple key players. They kept fighting."

That battling mindset earned the Devils a spot in the title match and its third straight top-3 state finish since being crowned champions in 2018.

"I'm really proud of the team that we got to the championship," Matthews said. "It's an incredible step from last year. After all we pushed through, I am satisfied with where we got after reflecting on how hard we worked."

McNiff said the team knew New Trier would present its most formidable test, which took some pressure off.

A couple of yellow cards issued against the Devils meant being a player down for two-minute stretches during the contest.

"When you're a player down against New Trier, that not good news," McNiff quipped.

Trailing by a goal, the team drew up a special play for junior Reese Napier to tie it up and send the game to overtime. McNiff said he figured whoever won the opening draw in overtime would have a considerable advantage. New Trier got it and punched it in for the title.

"We were devastated and rightly so," he said. "(New Trier) deserved the title, and we deserved to be there. I'm just really proud of the girls."

"I said, 'We can either quit or each and every one of us has got to step up. We've got to make the most of it'," he related. "I knew we've got girls that just won't quit, and they proved me right."

It also meant opportunities for underclassmen.

"We had new people fill new roles. It all worked out. We were genuinely playing for each other," Beargie said.

The Devils believed they had played the Trevians tough a month earlier in an 11-5 defeat. Beargie said they tried not to let emotions get the best of them in the Saturday rematch.

"Every individual person did their job so that our team could work cohesively together," she remarked.

Having so many underclassmen on the field will bear fruit, Ciupek pointed out. 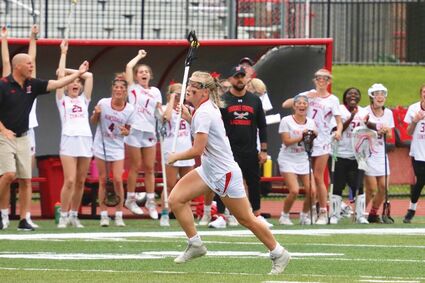 "They're going to have that mental experience of playing for a state title," she said of the younger players. "I think we made a lot of steps forward for years to come for the program."

Matthews said they fought their way for the right for a chance at the first-place trophy.

"I think that we deserved to be where we were. We showed the way that we can persevere," she said.

Ciupek, who's heading to Cal-Berkeley to play, said she forged relationships that will continue beyond high school and is thankful to have been part of Red Devil Nation. She plans on being renewing those connections on the sideline of Central practices and games when she returns to town next spring.

"I think what I'll remember most is the way that we were able to come together," she said.