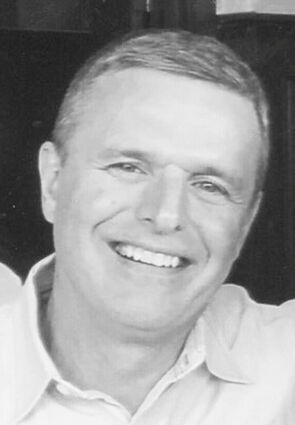 He and Nancy met at a friend's Christmas party in December 1986 and married in June 1990. Together they grounded their family in faith, unconditional love and fun, sharing a love of music and the simple things in life. They held hands through life's ups and downs for the 31 years of their marriage.

Jon's successful and fulfilling career propelled him during the week, but his favorite times were weekends with his family. A remarkable father, he was devoted to his children, learning about their interests and goals (no matter how big or small), cheering them on at competitions and attending all-day recitals, volleyball tournaments and graduations. He had a way of always making them laugh with his dad jokes and dance moves.

Often found outdoors, Jon especially enjoyed the warmer months in the backyard, gardening, relaxing and playing games. A weekend runner, he frequently jogged along the Fullersburg trails accompanied by his daughters.

His love for the city of Chicago and all of its sports teams made him a fan in the "Chicago tradition" - hopeful early in the season but often lamenting by the end. If he was on the phone reading, it had to be The Athletic. His love of travel led to him having many one-of-a-kind "priceless" experiences that checked his bucket list early, traveling the world as a 20-year-old with his good friends and broadening his world view.

Later hiking and biking trips with his children were cherished moments for all, especially along the beautiful Chicago lakefront.

In addition to his family, Jon was surrounded by close-knit friends whose many gatherings were filled with stories and laughter and by colleagues all over the world who treasured his dependable cheerfulness, ability and commitment. Throughout his long illnesses, his ceaseless bravery, perseverance, acceptance, and gratitude were grace in action.

He is survived by his wife, Nancy Groch, née Bradley; his children, Jonathan, Gemma, Cameron and Renee Groch; his mother, Dolores; his siblings, Sharon (Barry) Lifschultz and Jeff Groch; and many siblings-in-law, nieces and nephews.

He was preceded in death by his father, Alphonse Groch and his sister, Kathy Maher.

In lieu of flowers, memorials may be made online to Pat Mac's Pack at https://www.patmacspack.org or the Cancer Center at the University of Illinois Urbana-Champaign at https://www.cancer.illinois.edu/donate where Jon's family will create a scholarship fund in his name.

Those ages of 18 to 40 are asked to please consider joining Be The Match's marrow registry at https://www.bethematch.org.