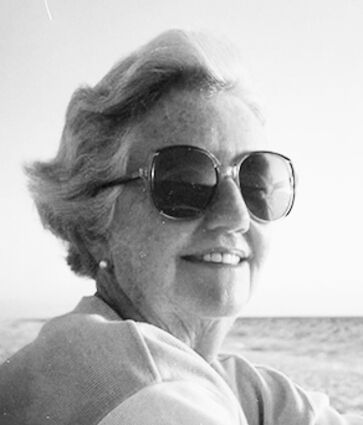 A dedicated art educator - especially for children - Mary was a docent for 40 years at the Art Institute of Chicago and more than a decade for the Naples Museum of Art in Florida; a picture lady in elementary school classrooms; and art program presenter at assisted living communities throughout the Chicago suburbs. She was co-owner for nearly 40 years of The Doings Newspapers, based in Hinsdale, with her late husband, J. Peter "Pete" Teschner.

The youngest of four daughters, Mary was born in 1930 in Waterloo, Iowa, to Gorda J. Gill and Dorothy Moninger Gill. Mary grew up in Strawberry Point and nearby Manchester, Iowa. Mary graduated from Coe College in Cedar Rapids and embarked on a life of joyful connections with children. She taught elementary school in Davenport, Iowa; at Hawthorne School in Elmhurst; and Elm School in Burr Ridge.

Mary's other passions were golf, world travel - often with Village Associates of the Art Institute - and community involvement. The couple spent many years as members of Ruth Lake Country Club and Naples Beach Hotel and Golf Club. Mary was particularly proud of her short game.

Growing up in a small town in Iowa instilled a love of close-knit community life, which earned her the moniker "professional volunteer" from her children. She was a member of P.E.O. sisterhood, including a stint as president of her local chapter; an active participant in the PTA at Prospect School in Clarendon Hills and Madison School in Hinsdale; an Episcopol Stephen Minister and Sunday school teacher; and a Camp Fire Girls leader.

No telling of Mary's story would be complete without mentioning her love for the Green Bay Packers, the Chicago White Sox and painting in the outdoors.

Mary was preceded in death by her husband; her parents; and her three older sisters, Rosalee Huebner, Margaret Van Dyke and Dorothy (Ducie) Gill Barnes.

In lieu of flowers, donations may be made online to UNICEF at https://www.unicef.org.

A memorial service will be held at 10 a.m. Friday, July 1, at Church of the Holy Nativity, Clarendon Hills.