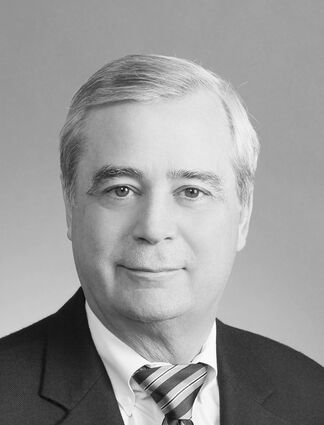 Mark Everette, 64, of Hinsdale died peacefully in his sleep May 4, 2022, at his childhood home in Champaign.

Mark was born in 1957 to Jack and Mary Ann Everette. Growing up in Champaign, Mark was an avid baseball player and Eagle Scout. He attended Champaign Central High School and the University of Illinois at Urbana-Champaign, where he received his bachelor's and master's degrees in accounting science and passed his CPA exam.

While at the U of I, Mark was an active member of the Alpha Tau Omega fraternity. At school he met his future wife, Lisa Sandrolini. They married in 1980 and moved to the suburbs of Chicago to pursue their respective careers.

Mark worked at Arthur Andersen as an accountant and consultant for more than 20 years. He continued his career as an independent energy consultant for many years following. Mark and Lisa settled in Hinsdale, where they raised their three children, John, Rob and Caroline - affectionately referred to as Jobin, Dobbers and Punkin' Princess.

Mark enjoyed being a Cub Scout leader and AYSO referee for his kids and playing golf on weekends with his college friends. He remained an ardent fan of the Fighting Illini sports teams - for better or worse - and spent time with his family telling corny jokes, watching cheesy action movies and vacationing in Glen Arbor, Mich. Remember him fondly; he was one of the good guys.

Mark is survived by his wife of 41 years, Lisa; his children John (Carrie), Rob and Caroline; his grandchildren, Jack and Luna, and his father; Jack.

He was preceded in death by his mother, Mary Ann; and his sister, Debbie.