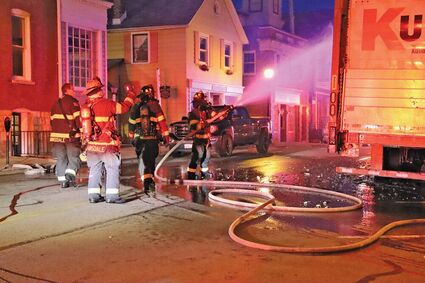 Hinsdale firefighters were called out before 5 a.m. Thursday, May 19, to extinguish a truck whose trailer was on fire on First Street. The truck was about to make a delivery to Einstein Bros. Bagels at 54 S. Washington St. The rear brakes on the truck's trailer reportedly locked up and caused the fire on each side of the trailer's exterior. First Street was blocked for most of the morning before tow trucks were able to remove the trailer. (Jim Slonoff photos) 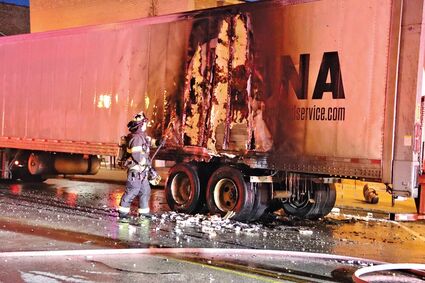