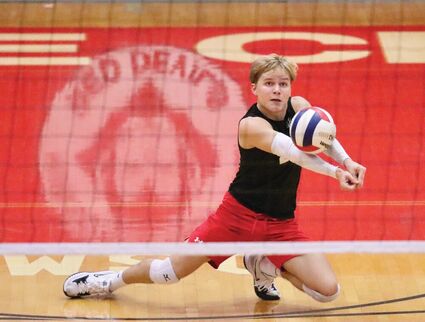 Hinsdale Central's Nick Kujalowicz passes the ball to a teammate after an opponents' serve Tuesday as Central defeated York 30-28, 25-16 at home. Carter Lyons' block ended the first game with the Red Devils ahead after the lead changed multiple times toward the end of the game. (Jim Slonoff photos) 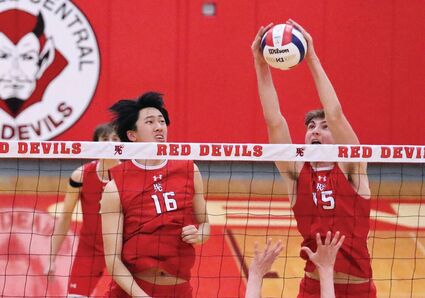