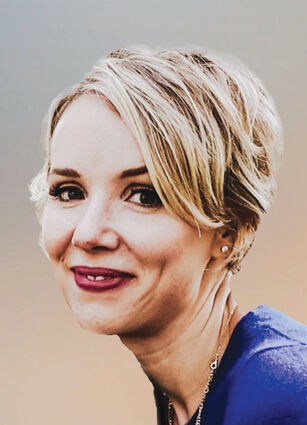 Community Memorial Foundation's Beth Murin said the Crisis Text Line is designed to help anyone wrestling with difficult feelings. "It doesn't have to be someone on the threshold of suicide," she said. "The service counselors provide is really to connect with people in an empathetic way." (photo provided)

What is the Crisis Text Line?

Young people might not always be comfortable sharing their inner struggles with a parent, school counselor or coach.

That is where the Crisis Text Line comes in. Adolescents simply text HOME to 741741 from anywhere in the U.S., 24 hours a day.

"They will talk with a trained crisis counselor, a volunteer who has been trained to take the client from a 'hot' moment to a moment of cool calm," said Beth Murin, program and communications officer for Hinsdale-based Community Memorial Foundation. "Basically they're trying to de-escalate the situation to provide a moment of clarity to people who are in crisis."

Counselors do that through an empathetic approach, letting the user know he or she is not alone in experiencing painful feelings.

CMF has partnered with the national Crisis Text Line, which is available to anyone but used most often by adolescents, since 2017. Those who use the keyword NOW on the text line identify that they are in the CMF service area. In those five years, there have been more than 2,000 connections that were tagged NOW from 597 different texters.

Surveys completed by counselors after each call reveal that relationship is the single biggest source of anxiety and depression.

"Over 30 percent of texts are users struggling with relationships with family members, friends or partners," Murin related.

That information helps CMF determine how to deploy funding in the community most effectively.

If a texter reaches out between school classes, the chat remains open so the person can pick up the thread again when class is over.

"They go back later in the day and (communicate) 'Here's what's going on now,' " she said.

The service is also available via WhatsApp and Facebook Messenger and recently rolled out Spanish language counseling.

The text line is not intended just for those who with suicidal impulses but is a resource for any mental health challenge, Murin said. If a user does use language that counselors have been trained to recognize, however, an active rescue can be initiated.

"They know what words are likely triggers for someone who's considering harming themselves or harming others," she said.

Of those connections through CMF cited earlier, 31 resulted in active rescues.

During the pandemic, struggles around grief, eating disorders, and loneliness have risen, Murin said.

"There's an increased need for and importance of connecting with someone during challenging times," she said. "We want to reach as many people as we can."

"It's a friendly ear, someone who has been trained to listen and respond accordingly to the deep-seated issues that clients are feeling inside," Murin said.