Girls badminton and soccer, boys volleyball athletes hope to make it to postseason 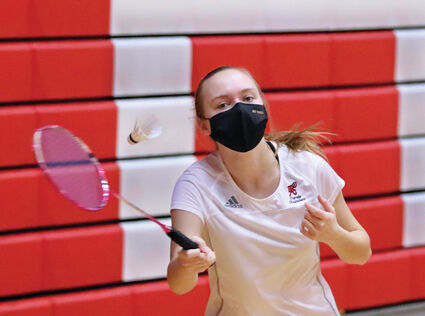 Coaches for the varsity badminton, girls soccer and boys volleyball teams hope athletes stay healthy and mentally tough during the regular spring season and into the playoffs.

After a strange spring season last year due to COVID-19, athletes and coaches at Hinsdale Central High School are looking forward to a traditional regular season and postseason. Some new coaches and new contests are keeping things interesting for teams as the season begins.

This is the third in a series of four spring sports previews.

Seasons as head coach: 3rd (while Katie Maley is on maternity leave), 11 at high school level, 20 at all levels

No. team members: 15 plus two on JV who play up at times

Strengths: We're relatively young. Looking at the lineup, I have eight seniors, but at the same time there's also quite a few younger players, a couple of sophomores and even a couple of freshmen that are very capable of playing at the varsity level. I'm hoping it's a combination of experience and youthful eagerness to learn and get better quickly. Last year, nobody got to really do the (normal) season. I think that desire to play is there. There is only one person who experienced what a post-season in badminton looks like. It's basically reintroducing a lot of this, which makes it exciting. It's an unknown, but they want to experience a higher level of play.

Challenges: I think one of the biggest challenges that I have always faced as a coach is trying to figure out what the best combination is for who plays well with whom. I didn't get to see these players, many of them, last year. I wasn't at the varsity meets because we (varsity and junior varsity) were separated. I'm gathering information as we start to compete. Another challenge (is) we had two meets already where we did pretty well. We have tough opponents coming up. As the opponents change, so does the outcome. It's having a finger on the pulse of how good we are and what do we really need to improve when we come across different level opponents. Usually you have an idea of who has what kind of players. Because it was very separate last year and not a whole lot of playing has happened, it's kind of unknown.

Who to watch: We have our returning state participant, Jessica Hahn, a junior. She seems to be the singles person for our team. We also have a senior, Aishvarya Godla - I think she's going to develop into another singles player who might be one of our stronger singles players. We do have a sophomore team I'm looking closely at, Maria Jiao and Sam Gupta. I have them playing the first doubles spot right now.

Outlook: I think we're going to be very competitive in the conference. Obviously I would love to get everybody out from the sectionals. I think there is a lot of potential. I hope these young players will get more experience as the season continues and by the time it's sectionals - they have the skills - they will be able to keep the nerves down. I'm optimistic, but the work needs to be done.

Furthermore: We had 75 try out. When I walked into the fieldhouse the first day, we didn't have enough space. It's humbling to have that many students show up.

Last year: tied for second in conference with Downers Grove North, lost to Fenwick in shoot-out at IHSA regionals

No. team members: 19 players plus manager Claire Snodgrass, who was on varsity last year, who tore her ACL in the fall

Strengths: They're quick, aggressive and team-oriented.

Challenges: We just play such a tough schedule that I know that having a lighter roster - most teams carry over 20 players - will potentially create some challenges if we have injuries or anything like that. Besides that, we are young in some of our positions, too. We have this group of seniors that came in with me and they're just really tight and then we have this group of six underclassmen who are really tight and really solid girls. It's a cool mix and I think people will have fun watching us play.

Who to watch: One of our seniors, Nina Sarros, she's trying out a new position and she's also a really good basketball player. She just set the school record for all-time rebounds at Central for women's basketball. Both of our goalies are seniors, Sydney Pjesky and Rania Arain. There are so many other players I would love to mention, but they will all get their shout-out at some point this season.

Outlook: I think we're going to be good. We tied for second in the conference last year with Downers Grove North. Hopefully we can do something similar if not better. I think LT stands in our way. We're super hungry, though. The girls are very hungry. We'll see.

Furthermore: I started a City-Suburb Connect Invite this year. We played Chicago Jones Prep and we played Whitney Young at home. The idea behind it is we're in the same sections when it comes to ranking teams for playoffs, but no one in our area plays anyone east of (Interstate) 290. To benefit the city schools and get some stronger opponents on their schedule, I reached out to LT and some of the city coaches and they were really

Seasons as head coach: 1st at Central, 9 in IHSA, 12 including club

No. team members: 13, including one player that is going to be flexing between JV and varsity

Strengths: A couple of these guys have been playing club consistently for the past couple of years. It's led by our outside hitter, Jakobi Lange. Their drive from last year, how they finished - they are really hoping to make a big push this year. Their mindset is strong and mature for the high school level, which is really exciting to see.

Challenges: The biggest challenge is going to come down to their own mental game, making sure to stay positive and realize what is in their control and not in their control. The kids have the skills down. I'm convinced we're one of the top skills teams in the state. When a team that is of their caliber is across the net from them, being able to stay calm and collected in those moments. It's good for young athletes to experience it. You have two paths. You can focus on mistakes that you've made or let go of that mistake and focus on what you can change in front of you. The kids are really latching on to that, which is pretty exciting.

Who to watch: Jakobi Lange. Matt Hughes, he's a setter. Then we have Carter Lyons, he is an opposite hitter. Nick Kujalowicz, my libero. And Emmanuel Jurineack, he's a middle hitter. 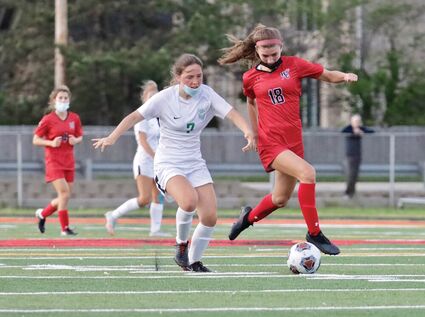 Furthermore: I want to emphasize how mature this team (is). Every time they step on that court, they are listening. They know this is the year they really want to make that push. I think it's one of the better teams Hinsdale Central has seen in some time. We can look great on paper, but at the end of the day, hopefully we are going to let our playing do the talking and we'll go from there.