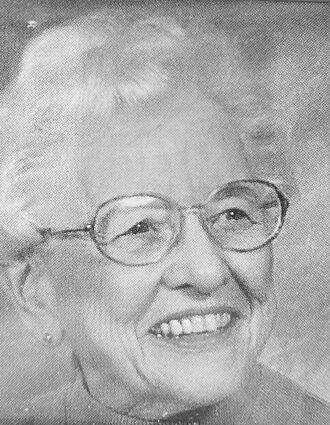 She was born in 1930 in Gary, Ind. She moved to La Grange in the early 1950s, Hinsdale in the '60s and Willowbrook in the '90s before spending her final years at Beacon Hill in Lombard.

She was always involved in the surrounding community while raising her three boys. She was an active member of the Hinsdale United Methodist Church, P.E.O. sisterhood, Kappa Alpha Theta alumni chapter and Hinsdale Center for the Arts. Barbara always got involved. While raising her boys she worked hard for all their swim teams.

She was on various committees at her church. She helped her husband and others with fundraising for the Hinsdale Center for the Arts. She was president of her condo building and recently had added Wing leader and the food committee at Beacon Hill to her portfolio. She was never on a committee she didn't like. Her greatest joy in life was being a mother, grandmother and true friend.

She was preceded in death by her husband, Arthur; and her two sons, Thomas and James.

She is survived by her son Robert (Mary), her daughters-in-law, Jill Giddings and Barbara Giddings; and her grandchildren, Paul, Audrey, Kathryn, and Ben Giddings.

In lieu of flowers, memorials may be made to the Copper Cross Fund at the Hinsdale United Methodist Church, 945 S. Garfield Ave., Hinsdale, IL 60521.