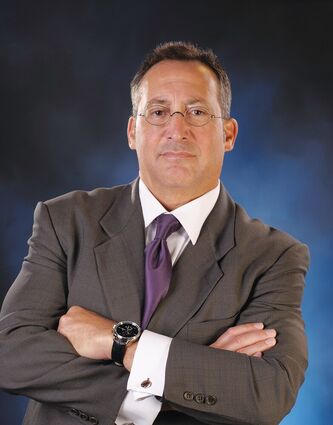 Neil Thomas became fascinated with the human heart in medical school. That's also where he learned the principles that continue to drive his career both as a surgeon and as an entrepreneur. Decades later, Thomas said he still emulates the mentors he encountered while studying at Loyola and Rush medical centers. (photo provided)

Why did you invent the Rheoxygenator?

Too much of anything can be a bad thing. That fact is what drove cardiac surgeon and entrepreneur Neil Thomas of Hinsdale to pursue a safer way to treat heart patients.

"Our device is basically a blood pump," said Thomas, founder, principal inventor and chief medical officer of Chicago-based Rheoxtech. Since forming the company 15 years ago, Thomas and his team have worked to develop a device that will allow doctors to control the rate at which the heart is reoxygenated after a cardiac procedure.

The name Rheoxtech comes from the concept of the rheostat, or dimmer switch.

"We're gradually turning that dimmer switch up," Thomas said of the Rheoxygenator's ability to slowly open up the flow of blood and oxygen through a previously clogged artery.

Thomas said he first had the idea for the device, casually known as the Rheoxygenator, back in 1995. His invention is now approaching its final steps before it could be used on actual heart patients. Research into the use of Thomas' device is being done in partnership with Massachusetts General Hospital in Boston. Tufts and Harvard universities also are involved with the work necessary to bring Thomas' device into hospitals and operating rooms.

"It's a really exciting moment for all of us," said Thomas, who called the Rheoxygenator "the one really good idea I've had in my life."

Thomas said those before him perfected the method for stopping the heart for purposes of surgery. Thomas' work involves starting the heart up again, but slowly.

Thomas said his device, when used with other technology, allows doctors more time to perform procedures while protecting heart tissue from potential damage caused by the influx of too much oxygen too quickly.

Thomas said his invention holds the potential not only to save heart tissue, but also the financial costs that can result from a heart procedure. By reducing damage to the heart, hospitalization, rehabilitation and medication costs also are minimized.

"We're minimizing the amount of damage in the acute phase in order to improve and minimize the cost of care for patients six months, a year or five years later," he said.

One million Americans will have an acute coronary event in any given year, Thomas said. It's his hope and goal to see that more of those individuals not only survive the event, but avoid serious complications.

He recently presented his work at meetings of the European Cardiothoracic Surgeons and the American College of Surgeons and was named to Forbes Magazine's list of "Top Healthcare Entrepreneurs to Watch in 2022."

A former associate professor at Texas A & M and University of Chicago, Thomas recently was offered a spot on the faculty of Harvard Medical School, where he is pursuing a master's degree in public health. While he continues his research sabbatical, he continues to be an active cardiac surgeon.

"This has not been an easy path," Thomas said, noting it would have been easier to go in each day, perform his surgeries and go home. But seeing his idea through to reality has become his passion.

"Suddenly, the light is shining on it," Thomas said.